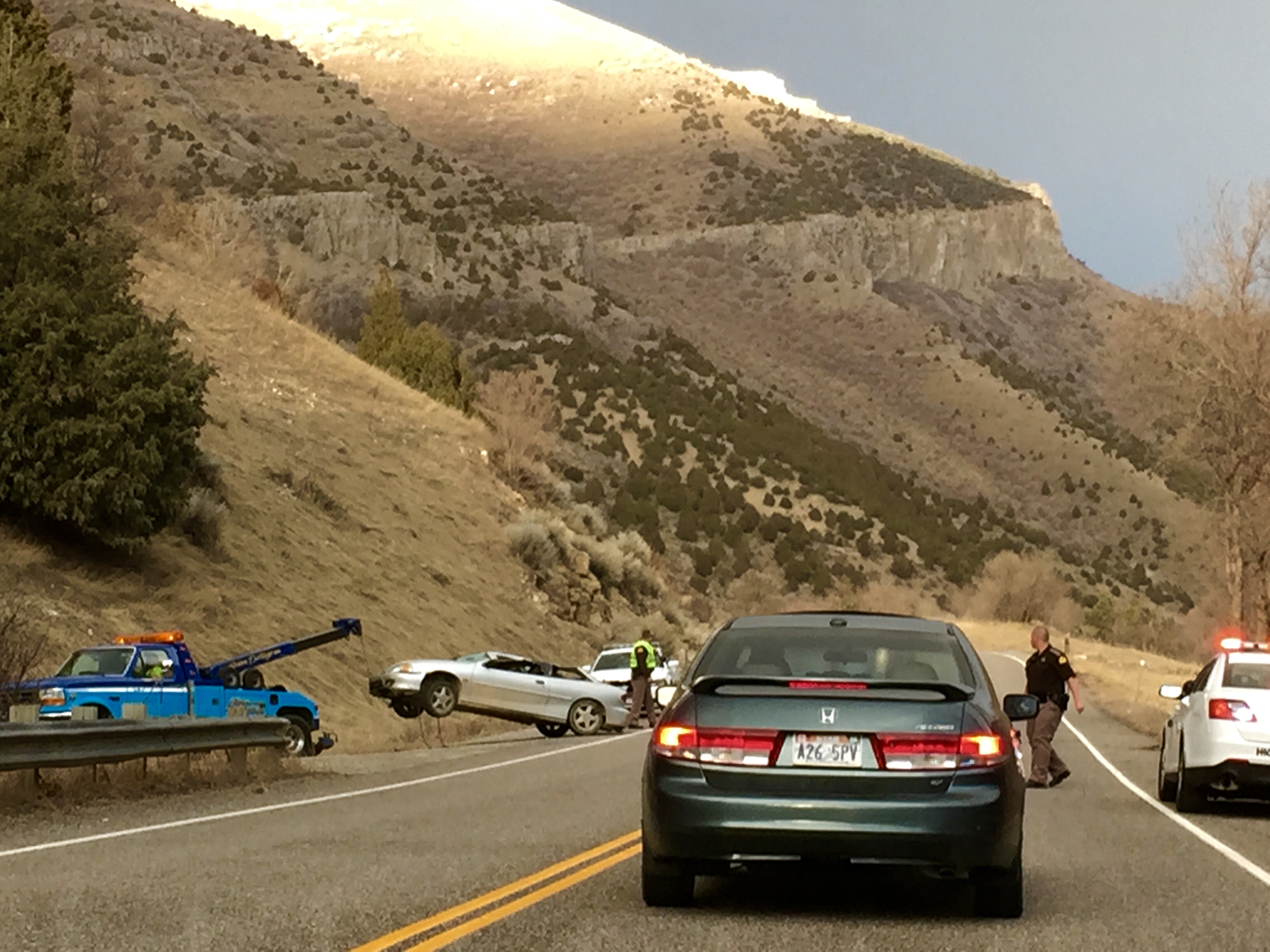 LOGAN CANYON, Utah – Crews pulled a car out of the Logan River Saturday after a driver swerved to avoid hitting another vehicle on Highway 89, and the two people inside the car suffered minor injuries.

Utah Highway Patrol troopers said the crash occurred around 3:47 p.m. when a 36-year-old female was traveling behind another car that stopped suddenly to turn left. Police said the driver had the option to either hit that car or swerve to miss it.

When the driver swerved to avoid the car that stopped, the vehicle went off the road and rolled down an embankment and ended up on its roof. Part of the car was in the river, but the vehicle was not submerged. The driver and a 13-year-old male passenger were wearing seat belts, and both suffered minor injuries.