GRAHAM, Wash. -- The parents of a terminally ill Washington boy wanted to make his ninth birthday special, so they reached out through social media and news outlets to ask for birthday cards and stickers.

According to KCPQ-TV, Bubby Everson, who turns nine on February 11, suffers from cytomegalovirus, autism, cerebral palsy, epilepsy, deafness and scoliosis.

Bubby's parents are treating his upcoming birthday as though it will be his last. They set up a special PO box and the mail came pouring in.

So far, Bubby has received over 14,000 letters and 3,000 packages from around the country and even from places like China, Australia and Cuba. (scroll down for photos)

“What started out as us hoping some people would send some cards has turned into packages, custom paintings,” said Thomas Everson, Bubby’s dad. “It`s way beyond what we ever expected.”

If you want to send Bubby a card, it is not too late: 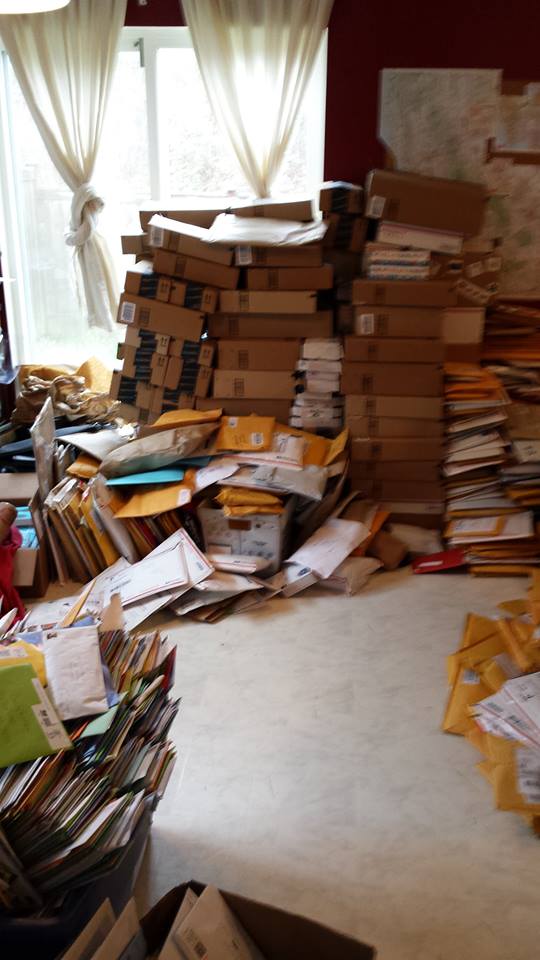