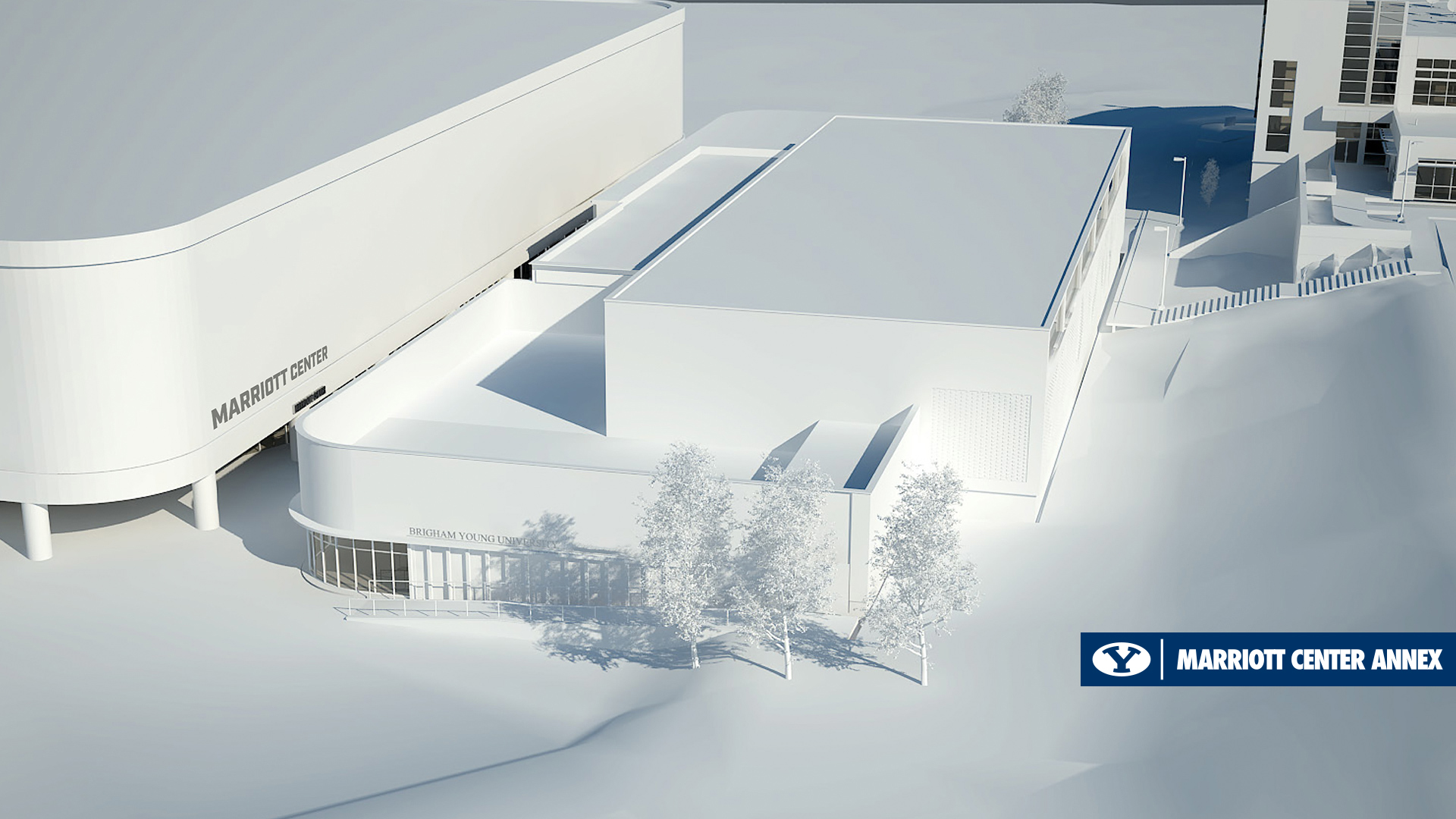 PROVO, Utah -- Officials with Brigham Young University’s Athletics Department announced two improvements to the Marriott Center and a major addition to the facility.

On Tuesday, officials announced that a new state-of-the-art practice facility will be built connected to the Marriott Center, along with a couple of upgrades for fans in the arena.

The Marriott Center Annex is focused solely on the athletes, including former players. The plans to build the facility have been in the works for years.

The building will include a Hall of Honor for BYU's basketball history. The practice facility includes everything from lounge and study areas to training rooms with hydrotherapy.

"It's always been a focus on the players," head coach of men's basketball Dave Rose said. "In the 10 years that I've had the chance to be the head coach here, this is a player-driven program."

Rose said these new additions are a necessity to keep the program growing, with the best recruits possible.

"I think it's absolutely imperative. We have great facilities here that have been able to accommodate the growth and the potential of our student athletes, but this is the new way," the coach said.

Renovations to the Marriot Center include changes to seating and replacing the current scoreboard.

"We will have four new LED video boards that will replace our current scoreboard," said Matthew Richardson, vice president of BYU Advancement. "We will complete the lower bowl seating here in the Marriott Center. These seats are padded; they are a wider seat. Also, the structural renovation will provide a little more leg room. This means that we will lose some of our seating capacity."

The new renovations are expensive, school officials not say exactly how much it would cost.

School officials say it was all funded through 30 to 35 private donors, which include some former athletes.​

All of the projects will start this summer. The upgrades to the existing Marriott Center will be finished by the end of the summer.

The annex is scheduled to be completed fall of 2016.