TAYLORSVILLE, Utah – Several homes in the Taylorsville area experienced sewage flooding Friday and Saturday after a pump failed twice, and crews are currently working to clean up after as much as 6-inches of standing water pooled up in people’s basements.

FOX 13 News received reports of sewage flooding in the area of 4100 South and 1400 West, and so far 13 homes have experienced flooding Friday, Saturday or on both days. The flooding was contained to basements, but many of those basements were finished and had residents living in them. Carpet and drywall in some of those basements had to be removed, and personal belongings have been moved outside to protect them from the sewage.

The flooding stems from a construction project that is underway about a block away from the homes on 1300 West, and the water began to flow after a pump failed Friday afternoon. Four homes were involved Friday, and the company involved thought the problem had been resolved. But nine more homes saw flooding Saturday when the pump failed again.

Some homes saw flooding both days, and cleaning equipment left in some of those homes by Servpro, the company brought in to clean up the mess, after Friday’s incident was damaged by Saturday’s flooding. The construction project is being undertaken by the Taylorsville Bennion Improvement District.

“It was so gross,” resident Danielle Davis said. “I just got home, and like you walk in the door and it’s just so bad.”

Davis has two relatives who live in her flooded basement.

"My cousin woke up that morning, and she just came and she was like, 'There's water downstairs," Davis said. "Everyone who sleeps downstairs is sleeping upstairs on the couches now."

"She probably has 30-plus medals from all these marathons she has ran, and they're all soaked in sewage now, so those are a bunch of memories that got flushed down the toilet," said Zack Johnson, who also lives in the house.

"My cousin, she doesn't have any clothes to wear right now because they're all damaged, so she had to come ask me, 'Do you have a shirt I could use,'" Davis said.

Spencer Fillerup lives with his family in his mother's basement. He said he's not sure what's worse: the sewage or all of the products being used to clean it up.

"We have a baby, so we don't know what's in the air, if it's contaminated, or what's going to happen--so just to be on the safe side we're going to go somewhere else," Fillerup said. "Obviously, it's not our fault so there is someone to blame. I don't want to say it just like that, but I hope they correct the situation the best that they can."

Residents also said they are just now finding out that their homes are in a so-called "red zone," and that the threat of flooding was apparently a possibility the Taylorsville Bennion Improvement District knew about.

"They did have a list of houses that could get damaged, but we didn't know about it until there is two inches of water in our basement, which was kind of a disappointment," Davis said.

Officials with the Taylorsville Bennion Improvement District spoke with FOX 13 News over the phone, and they said they take full responsibility for the issue and are working with residents to clean up the mess and cover the cost of restoration and damaged property. 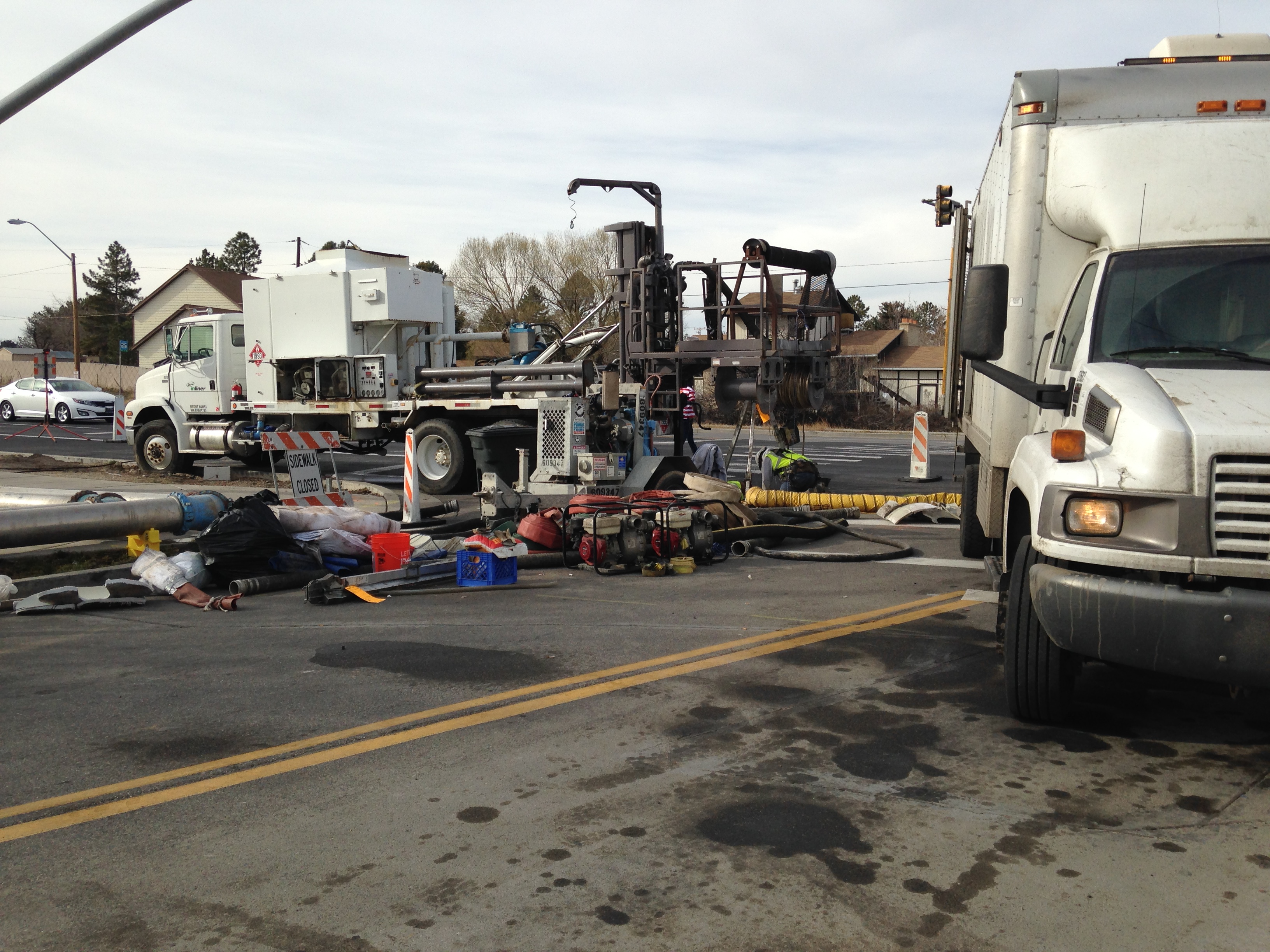