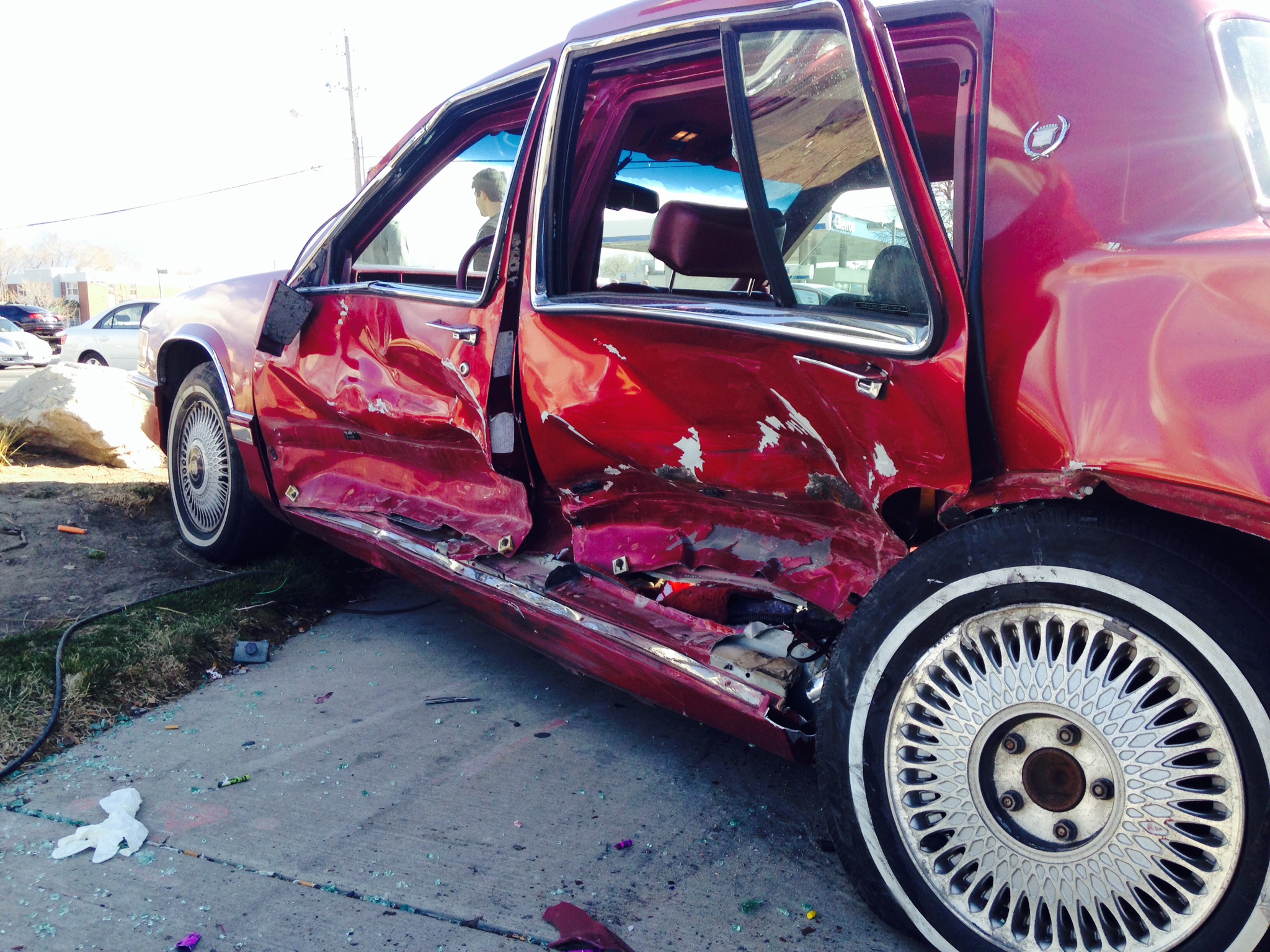 MURRAY, Utah — Two people were taken to a hospital to be treated for injuries after a collision between two cars in an intersection sent a vehicle toward two pedestrians waiting on a corner for a light to change.

Lt. Mike Fernandez, Murray Police Department, said the two injured people did not suffer major injuries, but he said they are being transported to a hospital to be checked out.

The two pedestrians were injured after a car traveling northbound on State Street went to turn left at 4500 South and collided with a car, sending one of the vehicles at the pedestrians.

“Unfortunately, the one car slid off to the side and there was a couple of pedestrians standing on the corner waiting for the light to change so they could cross, and the car hit them,” Fernandez said.

The crash is under investigation, but police said it does not appear that alcohol, drugs or excessive speeds were factors. Fernandez said at this point it appears to be a case of someone failing to yield.