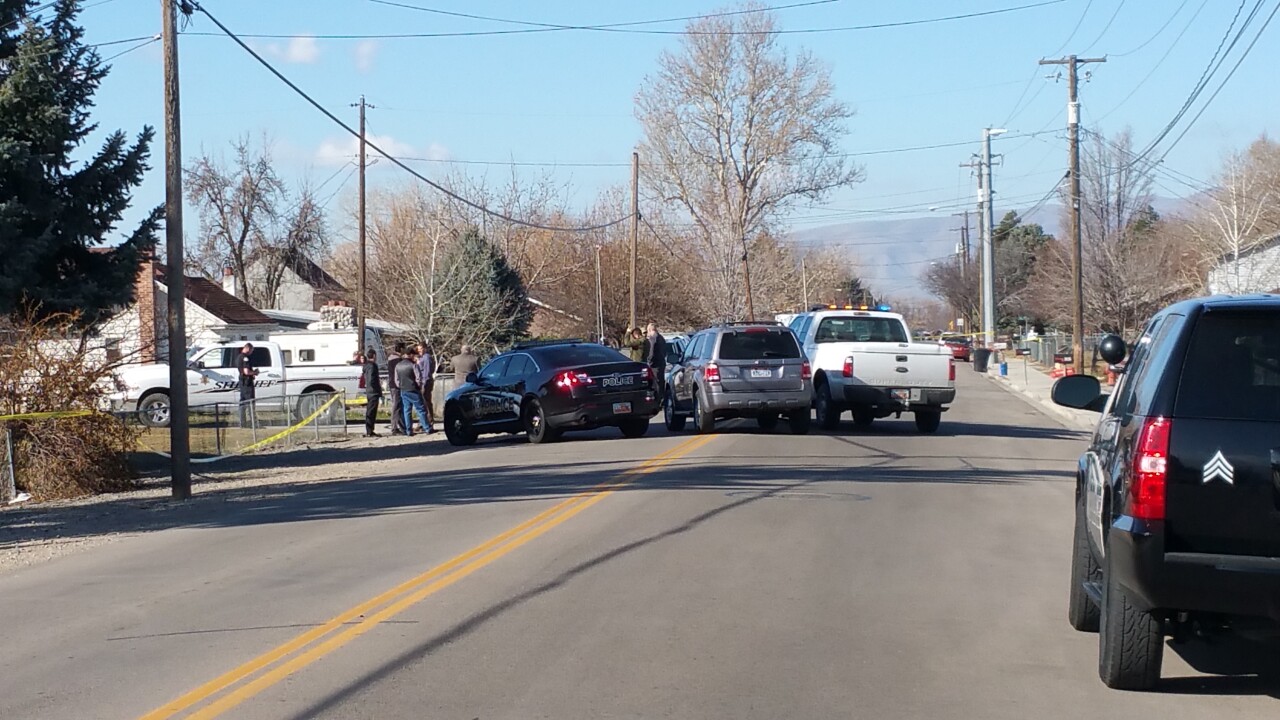 PROVO, Utah — Provo police released new details Monday regarding the fatal shooting of a suspect armed with an airsoft gun.

Cody Evans, 24, of Springville, was shot and killed by police after he pointed an AR-15 style airsoft gun at officers Sunday morning.

According to new information provided by police, a 911 caller, who was initially difficult to understand, managed to communicate that there had been a domestic violence incident at her residence near 1300 West and 500 North.

“The victim tells the dispatcher that Cody Evans has a gun, but later describes it as a ‘BB gun’ and she says he ‘is going to use it when officers pull him over,’” according to a statement released on the Provo police Facebook page.

When dispatch asked the caller to identify to gun, she said “it’s black and ‘it looks real.’”

The information was then relayed via radio to responding officers.

Soon after the call, the release states, officers located Evans inside his vehicle at the end of a cul-de-sac just before 8 a.m. Despite attempts to start dialogue, Evans reportedly refused to speak with officers.

“During this encounter, Evans displays a black rifle that looks like an AR-15 and racks the charging handle on it,” the statement indicates.

Provo officers on scene state that when Evans activated the charging handle mechanism, it made a distinct “metal on metal” sound.

“From the look and sound of the rifle, officers are afraid that Evans has a real AR-15, and they immediately deploy ballistic shields for protection,” according to the statement.

It was at that point, the release states, Evans threatened he would shoot and ram police vehicles if they didn’t let him go.

Evans revved his engine and officers repositioned their vehicles and laid out spike strips to keep him from fleeing the area, the release states.

“Evans then drives over someone’s lawn to avoid the spike strips and escape,” the release indicates. “Officers pursue Evans for a short distance, however after he runs a red light, and crosses a double yellow line threatening to ram an officer head on, officers determine that

Police determined this to be an airsoft gun after a man fleeing from police pointed it at officers and was shot and killed by police. Courtesy of Provo Police Department

Evans’ actions have escalated to the point where the pursuit is too dangerous to continue.”

After the pursuit, the release indicates officers continue to look for the suspect and process the scene of the original domestic violence call.

“At the scene, one officer locates a realistic looking airsoft rifle and communicates this to officers over radio,” the release states. “One of the officers searching for Evans asks, ‘When he racked the rifle it didn’t sound like a pellet gun. Do you think that’s the fake one and maybe he has another one?’ The officer who located the airsoft gun told the officer that he didn’t know.”

Evans was seen exiting an outbuilding wearing a tactical vest and holster, the release states. He was not carrying the AR-15 style rifle with him at this time.

As soon as he walked out of the structure, the release states, officers began issuing commands for Evans to stop and show his hands.

Evans didn’t respond and gestured like he was pointing a handgun at officers, according to the release.

Officers had taken cover behind a parked car.

As officers continued to issue commands, the release states, Evans ignored and ran to his truck, opened the door, pulled out the AR-15 style weapon and pointed it directly at officers.

Fearing for their lives, the release states, officers shot three rounds from approximately 100 feet away.

Evans died at the scene.

After the shooting, detectives examined the rifle and discovered it was an airsoft gun.

“It appears the rifle originally had an orange tip on the muzzle, however the tip had been removed,” the release states.

Real firearms were discovered in the outbuilding Evans exited prior to the shooting, the release stated.

Read the full statement below: