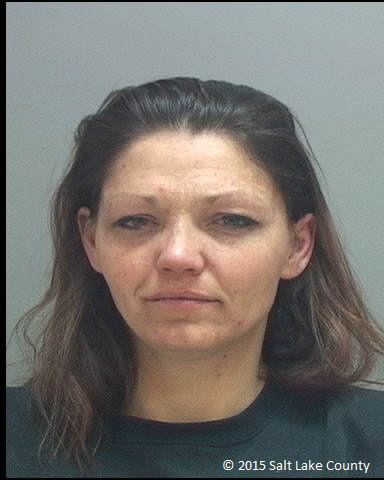 SOUTH SALT LAKE, Utah — A 32-year-old woman is in custody after a short vehicle pursuit ended in a rollover accident on the 3300 South on ramp to Interstate 15 Monday afternoon.

Just before 4 p.m., Unified police officers were in foot pursuit of a woman who fled from the rollover crash. The suspect ran toward a Motel 6 in the area and was soon caught by police.

The suspect was earlier seen by police at 3300 South and West Temple driving a stolen truck towing a small cement mixer.

Police say the mixer was not being properly towed and was being dragged behind the truck.

Police say Gagnier fled toward the northbound on ramp of I-15 when the truck she was driving tipped over.

At that point, police say, Gagnier left the scene of the accident and fled to a nearby Motel 6, throwing her coat and car keys in an outside dumpster.

Gagnier was later found in one of the rooms and was taken into custody.

Gagnier was the only one involved in the crash. No injuries have been reported.

Police have discovered that the truck Gagnier was driving was stolen.

Officials are currently serving a search warrant on the room Gagnier ran into after the crash.