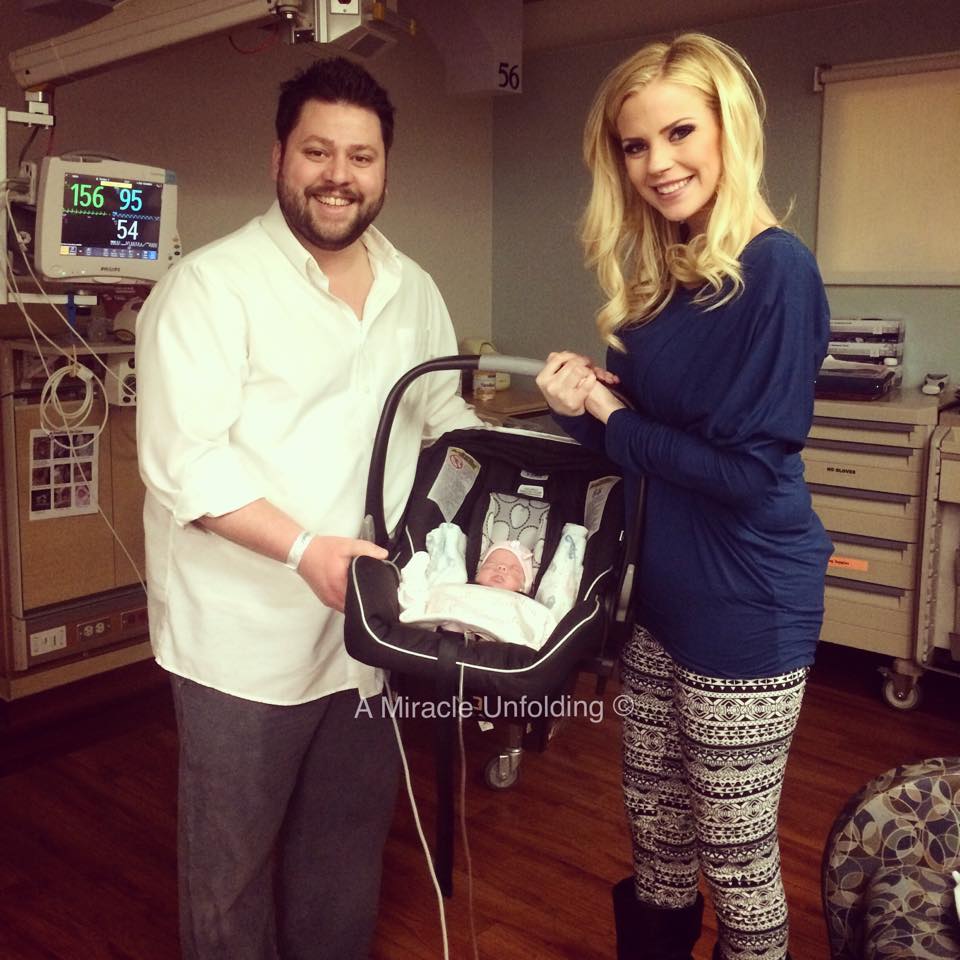 PLEASANT GROVE, Utah — One of the infants from Ashley and Tyson Gardner’s quadruplets went home Monday.

The Pleasant Grove couple struggled with infertility for eight years. On their first in-vitro fertilization attempt they conceived two sets of identical girl twins. The couple’s story went viral after Ashley Gardner’s shocked reaction to an ultrasound showing the quadruplets was posted online.

Ashley Gardner gave birth to her girls in December.

According to a Facebook post from “A Miracle Unfolding-Gardner Quadruplets,” the couple stated they were able to take Evangeline, one of their newborns, home. The three other girls, Esme, Indie and Scarlett, continue to be treated at Utah Valley Regional Medical Center in Provo in the NICU unit.

“I haven’t stopped crying since we brought her home because of this incredible joy I am feeling,” the post states. “But at the same time three pieces of our hearts are left behind at the NICU tonight.”

The post doesn’t say when the other three infants will go home, but the couple believes it will be soon.

According to a press release from the family issued in December, the girls were 12 weeks early but the delivery “went smoothly for both mother and babies.”

The children were delivered via Caesarean section at Utah Valley Regional Medical Center in Provo. The decision to deliver early was made after Ashley ruptured some membranes and her contractions continued to become more intense.

A second post on the Facebook page was made Tuesday, updating everyone on how the first night home went for Evangeline.

“Miss Evie just slept and cooed all night,” the post states. “There was even one stent where she slept for 4 straight hours!”

More information about the quadruplets will be provided as it becomes available.

Quadruplet mom-to-be has emergency surgery to save babies