BERYL, Utah - Iron County Sheriff Deputies are investigating a case of animal killing, but they say its different than others they’ve had in the past. They said the suspect appears to have been after meat.

On February 10, some workers repairing fences near Beryl discovered the carcass of a cow and a dog. Detectives say it appears the dog was shot in that location, and the cow butchered.

“All the usable meat was gone,” says Iron County Sheriff Sergeant Nik Johnson. “We don’t know why, but it was all gone.”

Johnson said detectives believe suspects killed the cow in a different location, then dumped the body in the field. Detectives discovered the cow belongs to a rancher living near New Castle, about 30 miles away. The owner values the cattle at between $1,700 and $3,000. Deputies are investigating the incident as theft, and they still don’t know who owns the dog they found.

“For the victim of this crime, the owner of the cow, that’s his livelihood, so the same as if someone walked into your house and stole $3,000 out of your house,” Johnson said.

Detectives are following up on some leads in this case, but are asking anyone with information to come forward. There is a $1,000 reward for information that leads to the arrest and conviction of those responsible. Officers said they are trying to identify the owner of the dog, which is pictured in the gallery below.

WARNING: Photos below may be considered graphic. Viewer discretion advised. 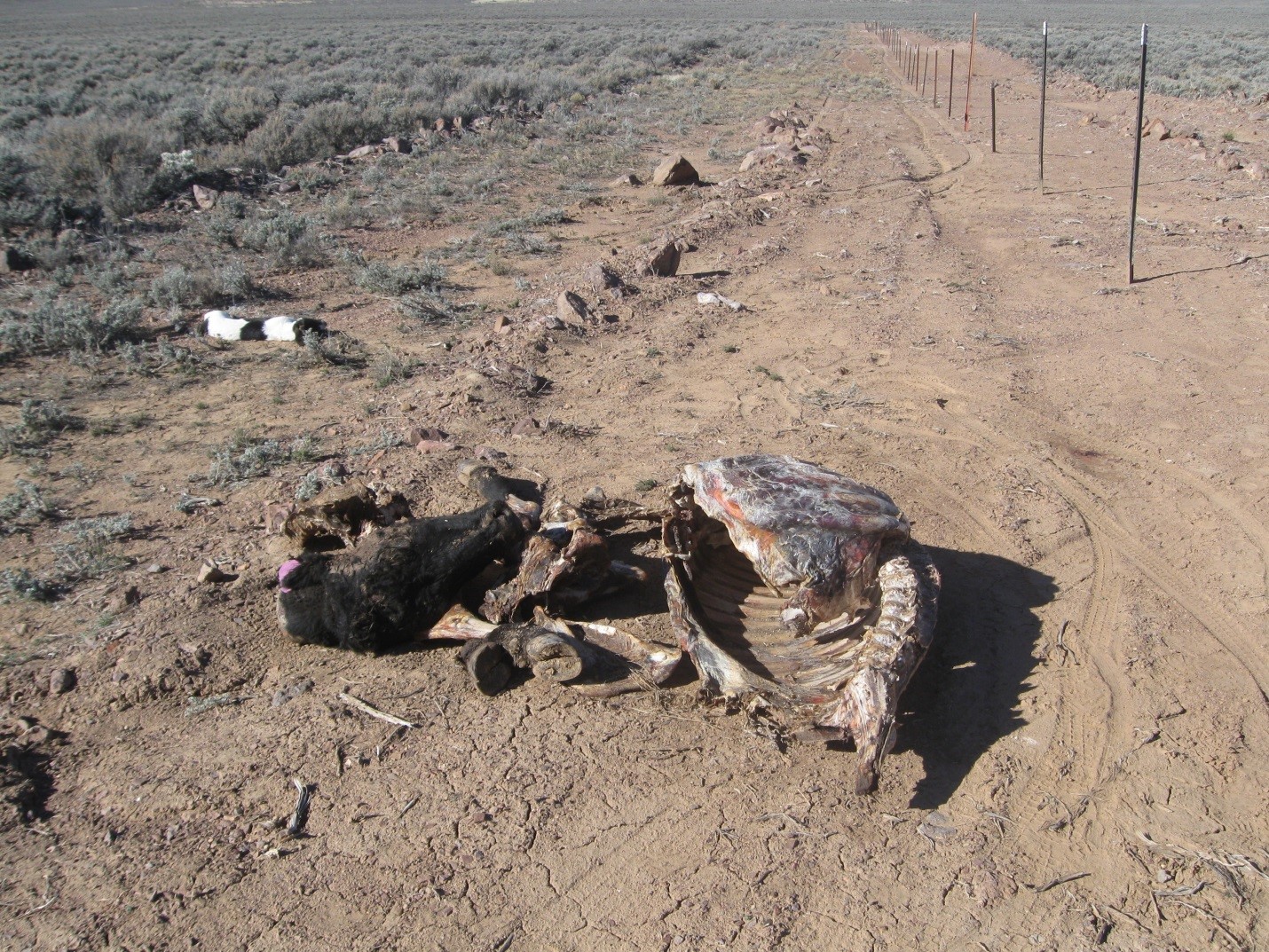