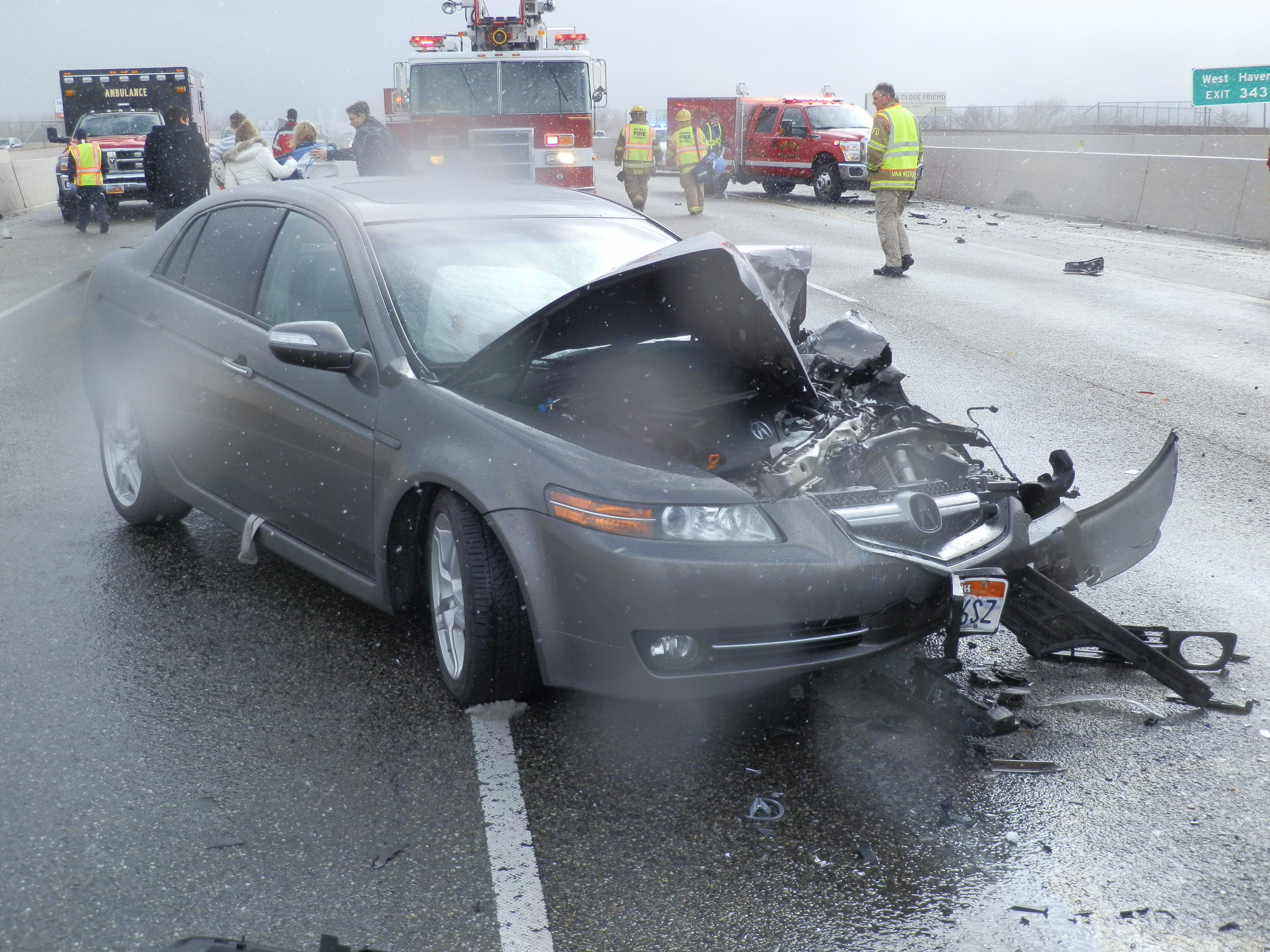 WEBER COUNTY, Utah – A woman suffered serious injuries and two others in her vehicle were taken to a hospital after a crash involving 11 vehicles on northbound I-15 in Ogden Saturday, and the crash occurred after a fast-moving micro burst brought snow to the area.

According to information from the Utah Highway Patrol, three occupants in one car were taken to a hospital. A 25-year-old woman suffered serious injuries, and her husband suffered minor injuries. The couple’s 6-month-old child was in a car seat and was transported to the hospital but was not injured. A trooper at the scene said a total of four people were injured and that three of the four suffered minor injuries.

Utah Highway Patrol officials at the scene said several inches of snow accumulated on the road and that a driver lost control. After that car lost control, another 10 vehicles were impacted. Police said drivers may have been going too fast for the winter conditions.  Initial reports put the number of involved vehicles at nine, but police later said a total of 11 were involved.