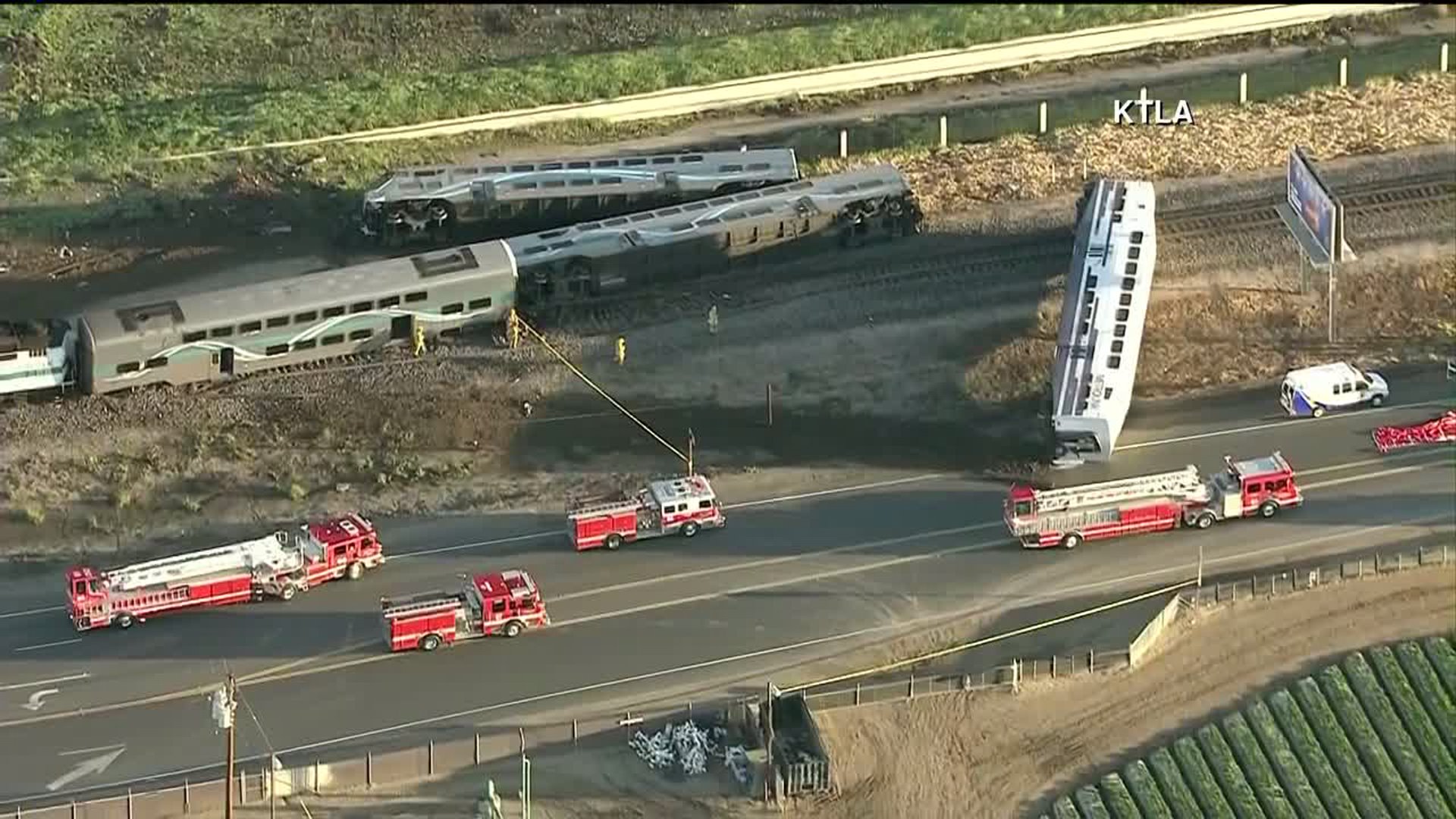 OXNARD, Calif. – A train hit a tractor-trailer on the tracks between the southern California cities of Oxnard and Camarillo Tuesday morning, the passenger rail line Metrolink said on its Twitter account.

VC Line 102 to Los Angeles is stopped between Oxnard & Camarillo due to striking a vehicle on the tracks. Updates to follow.

Multiple people were treated by emergency personnel on tarps on a road adjacent to the tracks, video from CNN affiliate KABC shows.

The driver of the vehicle fled the scene, said Sergio Martinez, a battalion chief for the Oxnard Fire Department. Authorities found him unhurt and took him into custody, Martinez said.

There are more than 30 patients being treated, he said, but he didn’t have information on their conditions.

The train hit the tractor-trailer just before 5:45 a.m. P.T., the California Highway Patrol said online. Several cars derailed, and at least one vehicle was said to be “fully engulfed,” the patrol said.

About an hour after the incident, Metrolink spokesman Scott Johnson, speaking from San Bernardino County, said that Train 102 hit the truck at Rice Avenue.

Three to four passenger cars came off the rails, but the cars did not crumple because of “collision energy management technology,” in which Metrolink invested after a 2008 Chatsworth, California, crash. In that incident, a freight train collided head-on with a Metrolink commuter train, killing 25 people.

The technology, which causes the crash energy to expand outward instead of inward, probably prevented a “larger scale of injuries,” Johnson said.

The train cars are also equipped with windows that emergency personnel can easily remove to evacuate passengers, he said. An hour after the crash, “a vast majority, if not all” of the passengers had been evacuated, and those injured were treated on the scene or transferred to hospitals.

“How that individual came to stop on the track is yet to be determined,” he said.

The crash “could not be avoided from a rail standpoint,” Johnson said.

Regarding reports that the truck’s driver is in custody after fleeing the scene, Johnson said he had no information but left open the possibility that the driver was just trying to get out of harm’s way. It’s possible that “the driver would vacate the scene just to avoid being involved,” but what exactly happened is unclear, he said.

“I do know it was at a crossing. I don’t know why a truck was there,” Metrolink spokesman Jeff Lustgarten told CNN earlier.

MORE: Get the latest updates from KTLA here