Must See: Unidentified object caught on camera after fireball in Utah sky

Many Utahns are wondering what they saw falling from the sky overnight.

Fox 13 photographer Manuel Rodriguez captured video of the fireball in the sky and then saw something else.

First you see the shooting white light in the raw video above.

Then, about halfway into the video, he saw an unidentified glimmering object across from the first light.

Patrick Wiggins, a NASA Solar System Ambassador to Utah, said there is a good chance what people saw was a booster rocket from a Chinese satellite.

Wiggins said the witness reports of the size and direction of the object match that of the booster rocket.

However, officials have not confirmed what caused the fireballs in the video.

Wiggins said, if it is space junk, most of it should have burned up  in the atmosphere but there's a chance someone in Montana might find a few leftovers.

Here's what the American Meteor Society has to say about the fireball in the sky.

Do you have pictures or video? Email them to news@fox13now.com. 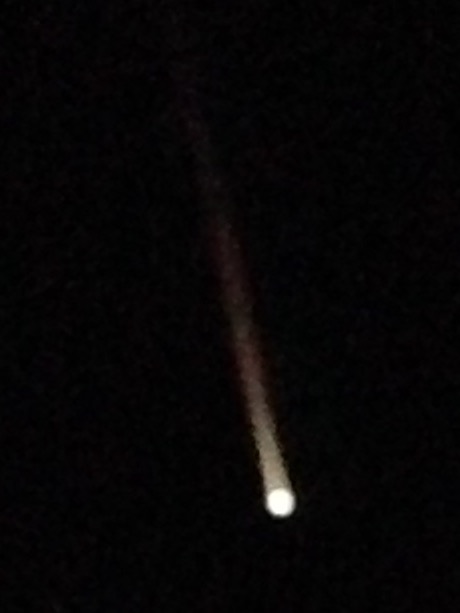