Is this ‘reel?’ 280-pound catfish caught in river 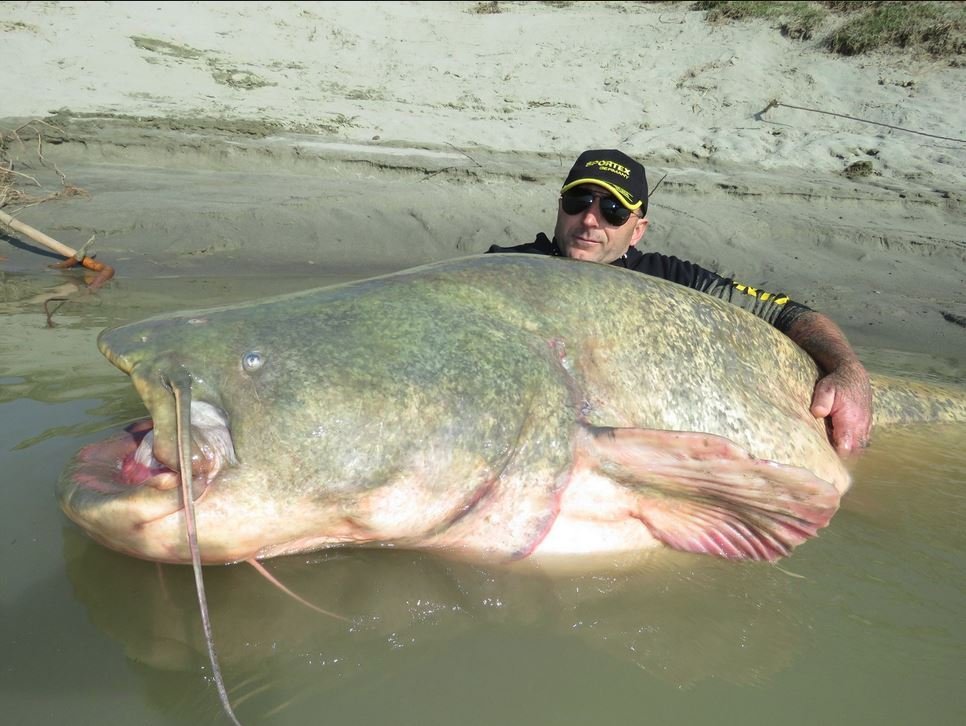 ITALY – Catfish come in all varieties, shapes and sizes, some big and some small.

And one downright gigantic, apparently now swimming in a river in Italy.

That’s the fish story being told by Dino Ferrari, who reeled in a 280-pound (127-kilogram), 8.75-foot-long catfish last Thursday along the Po River, said Davide Valla, who is with Ferrari’s sponsor company Sportex. (The sponsored fisherman wouldn’t say exactly where he caught the big fellow, choosing to keep his favorite spots secret.)

Assuming the world isn’t being hooked, this would not be the first time someone has caught a whopper of a catfish and lived to tell the tale.

In fact, it wouldn’t be the biggest catfish ever caught. That would be a nearly 342-pound lau-lau (or piraiba) type of catfish snared in 2009 in Brazil’s Amazon region, according to the International Game Fish Association.

Heck, it’s not even the biggest catfish ever snared in Italy. That honor goes to a 298-pound wels catfish — which is reportedly the same variety caught by Ferrari — also from the Po River. And Ferrari didn’t necessarily bring his fish in alone, with stories linked from Sportex’s Facebook page indicating that twin brother Dario was by his side.

One thing that makes the latest Po River catch unique is that it was done with a spinning reel, said Valla, who called it a record for such fishing tackle. It took Ferrari 40 minutes to bring in the fish, then bring it to shore, his sponsor said.

Once it was on land, the Ferraris snapped some photos and weighed their catch. But they didn’t dig in, savoring it with fresh bread, cheese and a glass of pinot grigio.

That’s because this fish story has a happy ending for the star of the show: the catfish. According to Valla, Ferrari released his big catch back into the river.

By Greg Botelho and Joseph Netto for CNN