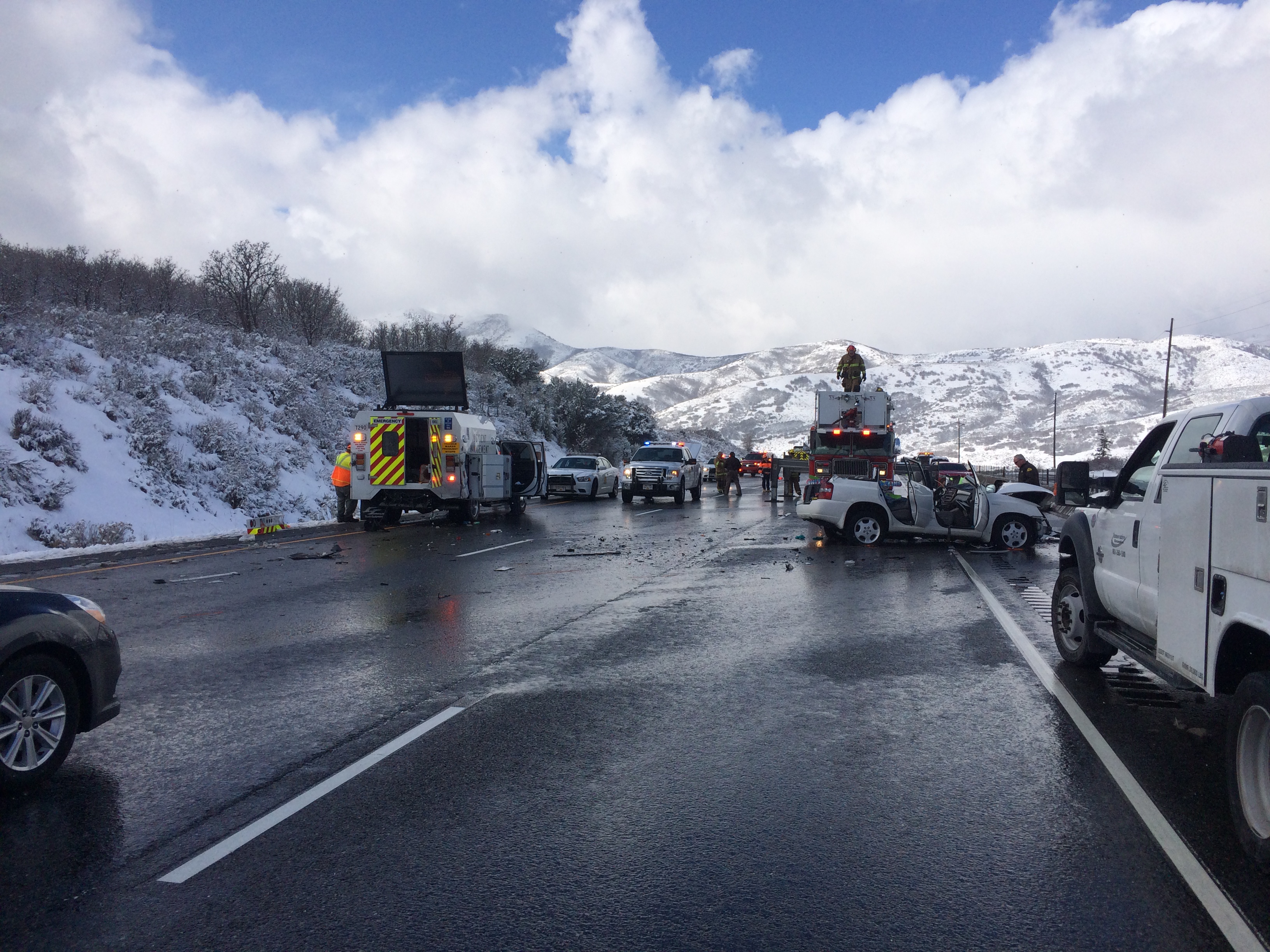 LAMBS CANYON, Utah --The Utah Highway Patrol is investigating a crash on I-80 that left a driver in critical condition, and also injured a UDOT worker.

The accident happened around noon in Parleys Canyon, near Lambs Canyon and shut down westbound lanes for several hours. UHP is trying to figure out if the driver who hit the UDOT worker crashed because he was distracted, speeding or if it was due to bad weather.

UHP officials say the UDOT worker was putting cones inside his truck after cleaning up from a rollover accident near East Canyon exit in Parleys Canyon. He saw a white Toyota Highlander coming towards him at a high rate of speed. He got back into his truck, but wasn't able to get out of the way fast enough.

“He got into his IMT truck and accelerated as fast as he could trying to get out of this guy's way, and unfortunately, he wasn't able to and the white SUV ran into the back of the IMT unit, causing the crash,” said UHP Lt. Jeff Nigbur.

The top of the SUV was sheered off in the crash. The driver was taken to University of Utah Hospital in critical condition. The UDOT worker suffered minor injuries.

"We're looking at several factors in this crash right now,” Nigbur said. “Number one, weather obviously being a concern. It is my understanding the weather at that time of the crash, the roads were wet and it was snowing but we're also looking at the possibility of distracted driving, as well as speed being a factor in the crash."

I-80 Westbound near the East Canyon exit was shut down for several hours. Drivers were forced to wait or were diverted back up the canyon until the road reopened.

UHP is interviewing other drivers who witnessed the crash. Some told them they did not see the Highlander slow down or brake at all before he hit the truck.