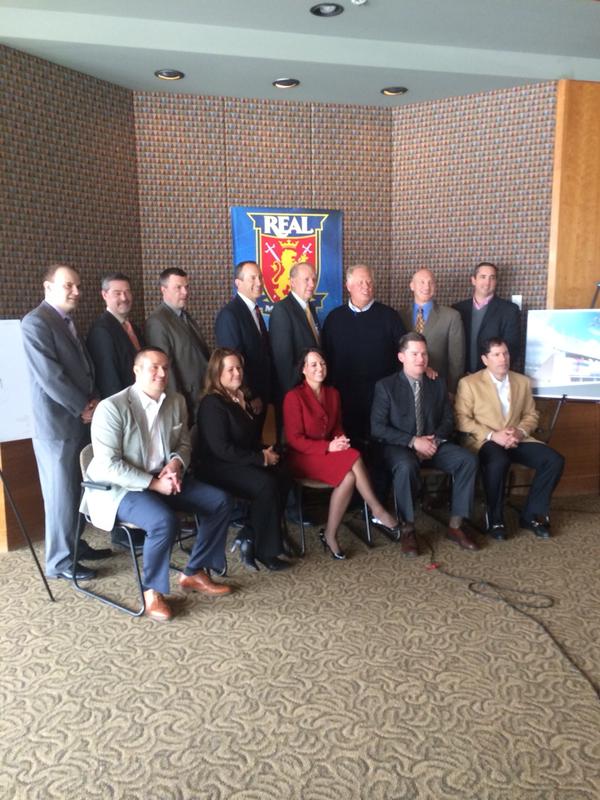 "We believed that it was such a good idea and good on both sides that we said yes let's move forward," said West Valley City Mayor Ron Bigelow.

Should both sides come to an agreement, construction on the new facility would begin this spring, with the Monarchs kicking off league play at the new venue during the club’s 2016 season.

"They really want us in their community and that makes us want to live up to that expectation," Hansen said.

The stadium is estimated to cost between $20-23 million to construct. The project will be funded by RSL. The team would lease land next to the Maverik Center, 3200 S. Decker Lane Drive.

"We think just immediately south along the freeway we'll be able to put the stadium right here so they will kind of be in tandem -- the Maverik Center and the Stadium," Hansen said.

Hansen said what is most attractive about the new spot is the central location, close to the freeway, tracks line, hotels and other businesses.

“We are excited to welcome the Real Monarchs and all fans of professional soccer to our city,” Bigelow said. “This is a great opportunity for our residents to enjoy soccer. West Valley City and the Monarchs are a great match and they will be a terrific addition to our community as we build toward the future.”

A proposal to build the stadium was originally announced at the Utah State Fair Park. However, last week RSL rescinded that proposal because the state was taking too long to renew the Fairpark lease, allowing West Valley City to swoop in.

"For the city council we learned about it barely a little over a week ago," Bigelow said. "You have to be ready to take advantage of opportunities."

In addition to the Monarchs’ games, it’s envisioned the stadium will also host other events and teams, including a concert series, a professional women’s soccer franchise, a men’s lacrosse and rugby franchises, community adult soccer games, and other activities, according to a press release from RSL.

"When one door closes another door usually opens and West Valley you opened your doors for us," said RSL President Bill Manning. "This is going to be the best minor league stadium in the country. West Valley you are going to be very proud of this stadium let me tell you."