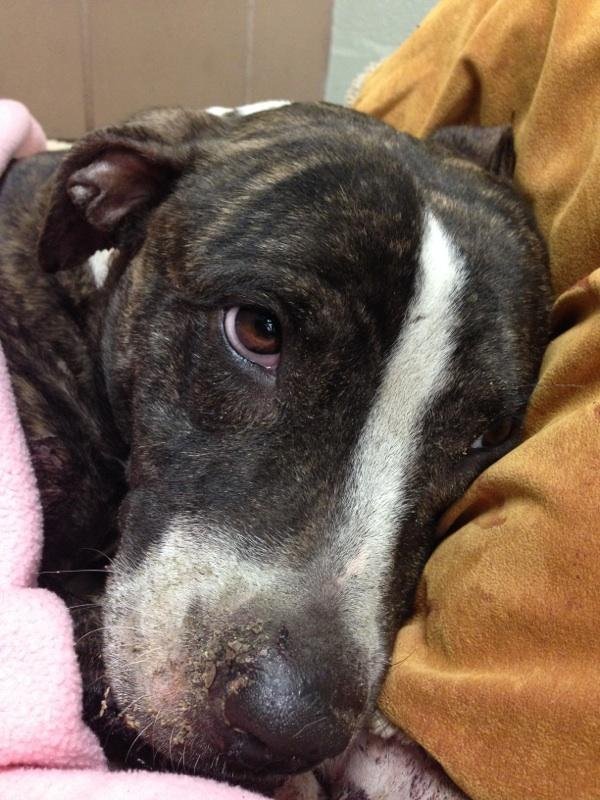 TAMPA, Fla. – Cabela’s not a cat, but the young pit bull mix apparently had a few lives to spare.

Tampa police found her shot and bleeding, tied to a set of railroad tracks in the city’s Sulphur Springs neighborhood on Wednesday.

Folks called after they heard someone fire a gun.

Cabela was hit by three shots, two to the neck and one to the shoulder.

Officers freed the pup from the tracks and rushed her to Tampa Bay Veterinary Emergency Center, where Dr. Jamie Davidson and staff stabilized and named her.

The dog will have to have its front right leg removed because of the damage from the gunshots but should be rehabilitated within a week, the vet said.

“Really, after everything that this dog has gone through … she’s the sweetest,” she said. “I mean she’s not angry with people. She’s not growling. She’s been really really good.”

The cost of Cabela’s treatment will run several thousands dollars but will be picked up by the clinic.

Once she’s healthy, Cabela will be spayed, vaccinated and setup for adoption, where she will be paired with a “good family,” Davidson said.

By Sam Stringer and Ed Payne for CNN