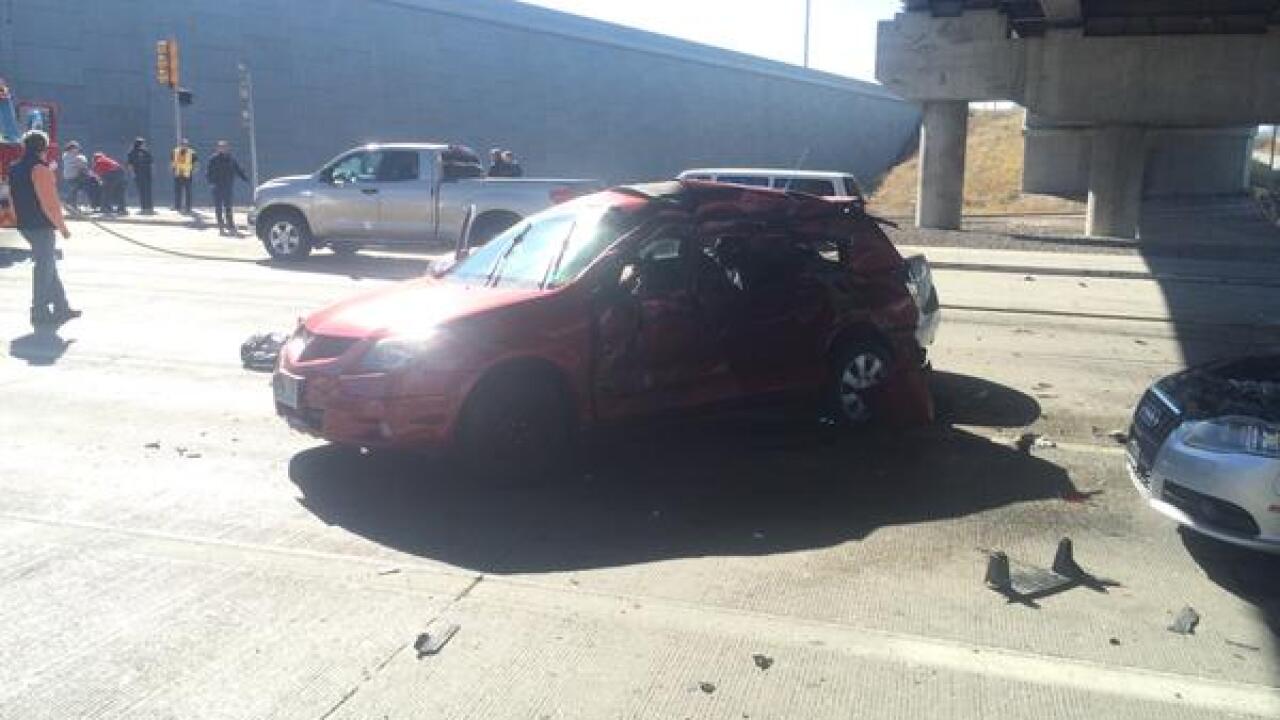 MIDVALE, Utah -- One person is dead and two people are in critical condition after a multiple-car accident off of Interstate 15 at 7200 South in Midvale.

Crews responded to the crash at about 10:50 a.m.,  and police later identified the man who was killed as  55-year-old Russell Hale from West Jordan.

Police say the elderly couple were transported to Intermountain Medical Center in critical condition. A pregnant woman involved in the crash was taken to an area hospital in fair condition.