SPANISH FORK, Utah –A woman is dead and her 18-month-old daughter was flown to a hospital in critical condition after a fisherman saw a car floating in the Spanish Fork River Saturday afternoon, and officials said it appears the car went into the river sometime around 10:30 p.m. Friday.

Officials said a man fishing in the Spanish Fork River near Arrowhead Drive and Main Street spotted a Dodge Caliber floating upside down in the water around 12:24 p.m. Saturday.

Inside was a 25-year-old woman from Springville in the driver's seat who was deceased, and the woman's 18-month-old daughter was in the rear passenger seat. The child was taken to Mountain View Hospital by ground and was then flown to Primary Children's Hospital in critical condition. The names of the victims have not been released.

According to a press release from the Spanish Fork Police Department, officials believe the vehicle struck a cement barrier on the south end of the bridge before traveling into the river. It is unclear why the vehicle left the roadway, and the Utah Highway Patrol is assisting Spanish Fork PD with the investigation.

Three police officers and four firefighters were transported to a hospital for treatment of hypothermia. Those responders have since been treated and released.

Lt. Cory Slaymaker, Spanish Fork Police Department, said the woman had been in nearby Salem Friday night and the crash occurred as she drove home from visiting her parents.

“I have been able to confirm that she had visited some family in Salem [Friday] night around 10 o’clock," he said. "She left Salem between 10:00 and 10:30 last night, was heading home to Springville, the family didn’t know that she did not arrive.”

A resident in the area where the car was found reported hearing a loud noise around 10:30 p.m. That resident checked the area out after hearing the noise but didn't see anything out of the ordinary, and the car was not found until Saturday when the fisherman spotted it.

"Where the car was at, you couldn't see it from the roadway," Slaymaker said. 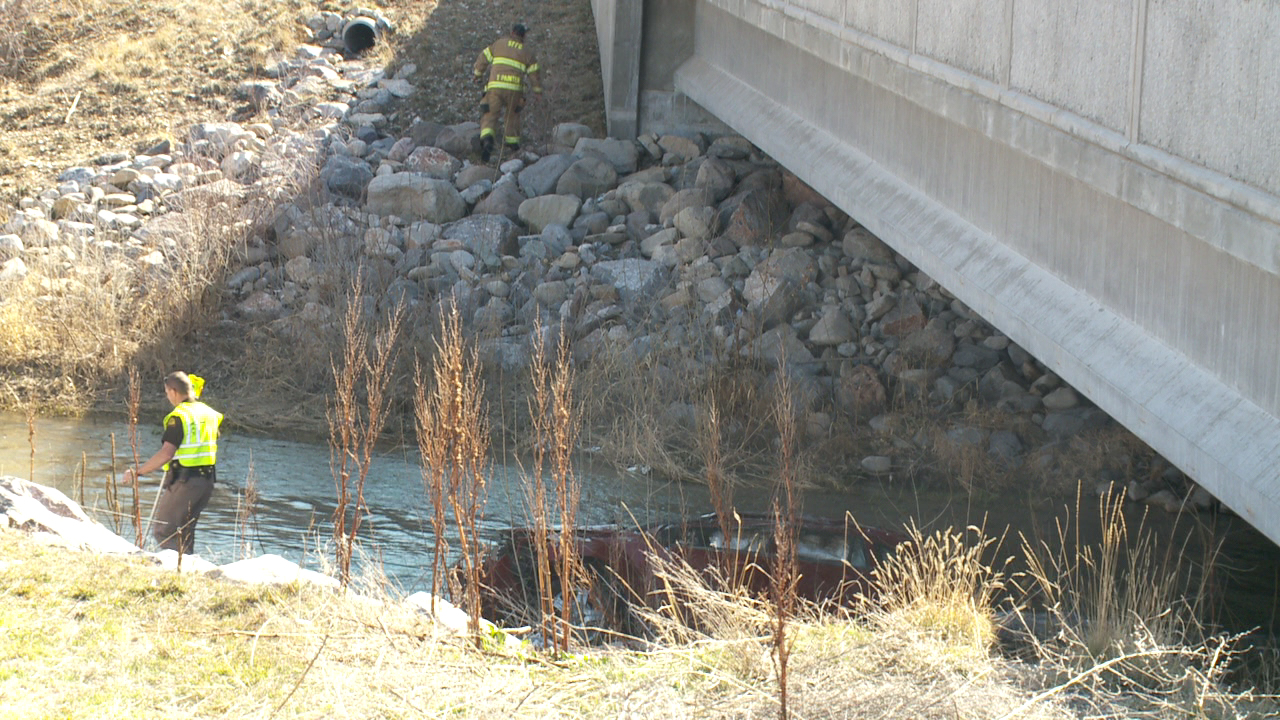