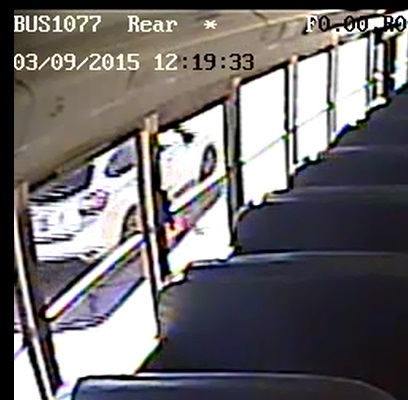 BLUFFDALE, Utah -- Police are searching for two suspects they say lured a young boy into a car near a bus stop Monday afternoon.

Officers say the abduction attempt happened around noon, when the boy got off the bus on his way home near 14600 South and 2200 West.

The bus driver reported seeing a silver colored cross-over SUV parked near the area and thought it was suspicious. She contacted the traffic superintendent who got a hold of the family. Police say that’s when they found out the two individuals inside the car got the boy inside the car.

“There was a two- or three-minute time frame that he was in the vehicle,” said Bluffdale police Cpl. Shane Taylor. “We will be getting more detailed information with the Child Justice Center when we actually get to sit down and interview the young man there.”

Police say it’s unclear what happened for the boy to get out of the car and home safely. Detectives are still investigating the incident.

The abduction attempt put schools in the area on high alert. School resource officers at Bluffdale Elementary met with students, Tuesday, in an assembly to talk to them about stranger danger, telling them what to do if they encounter someone they don’t know.

“If they try to talk to you, that you don’t know that person, make sure you have a plan in mind already, that you’re going to leave the area,” Cpl. Aaron Rosen told the students.

Police have increased patrols in the neighborhood. It’s the fourth incident of attempted abduction in Utah in the past week, and has parents worried about their kids’ safety.

“We just live half a mile up the street,” said parent Rae Garn. “It’s just disappointing, I wish things like this didn’t have to happen.”

Police are describing the vehicle as a newer model Subaru Impreza. They’re asking anyone with information on the vehicle to contact police dispatch at 801-253-4899.

According to the Bluffdale Police:

"The Bluffdale Police Department has increased patrols in the area and notified surrounding schools and school districts. Community members are asked to be vigilant in watching neighborhoods, streets and student bus stops. Parents are encouraged to review family protocols regarding safety and preventative measures with children such as: Walking to bus stops and school destinations in groups or pairs, family “passwords” and other personal safety measures. Community members are also asked to report suspicious vehicles and/or persons to local law enforcement for further investigation and follow-up.

Additionally, a school resource officer will be providing additional education assemblies and classroom visits to raise awareness on how to handle suspicious circumstances. The “No, Go, Tell…”  and “DARE America” programs provide simple instruction, and will be provided to students regarding such incidents over the next several days."