PROMONTORY, Utah - A new rocket booster is a major milestone toward deep space exploration, and the booster was not only built in Utah, but also launched and tested in the Beehive State Wednesday.

It's the world's largest, most powerful rocket motor ever built. The five-segment solid rocket motor produces a thrust of up to 3.6 million pounds, or 22 million horsepower.

"It's an immense amount of energy, but that's the amount of energy we have to harness to get crew out of lower Earth orbit," said Charlie Precourt, vice president and general manager of Orbital ATK’s space launch division."

And that's what the motor was built to do. Two of the boosters will be part of NASA's new rocket, The Space Launch System, which plans to send an unmanned capsule on a test run around the moon in 2018 and hopefully to Mars sometime in the future.

"Can you imagine humans living and working on Mars? To me that's really exciting... Now it's just a matter of when, and this is a big step," said NASA Astronaut Tony Antonelli.

"As we created the design we took our time to make sure it's what we wanted to test today, so a lot of effort has gone into this," Precourt said.

During the test, more than 500 sensors monitored the booster to see how it will perform in high temperatures.

"What you have here is a motor that has been conditioned to the high-end of our temperature range, such as we have raised it to 95 degrees," said Dave Wood, NASA Chief Engineer for the SLS Booster.

NASA says they will be dissecting data from the test for months. But from what they know so far, it was successful. And Mars is one step closer.

"We're exploring, and I can't think of anything more important SLS is doing,” Wood said. “Exploration is the most important aspect of the human kind.”

MORE: Get the latest from NASA here 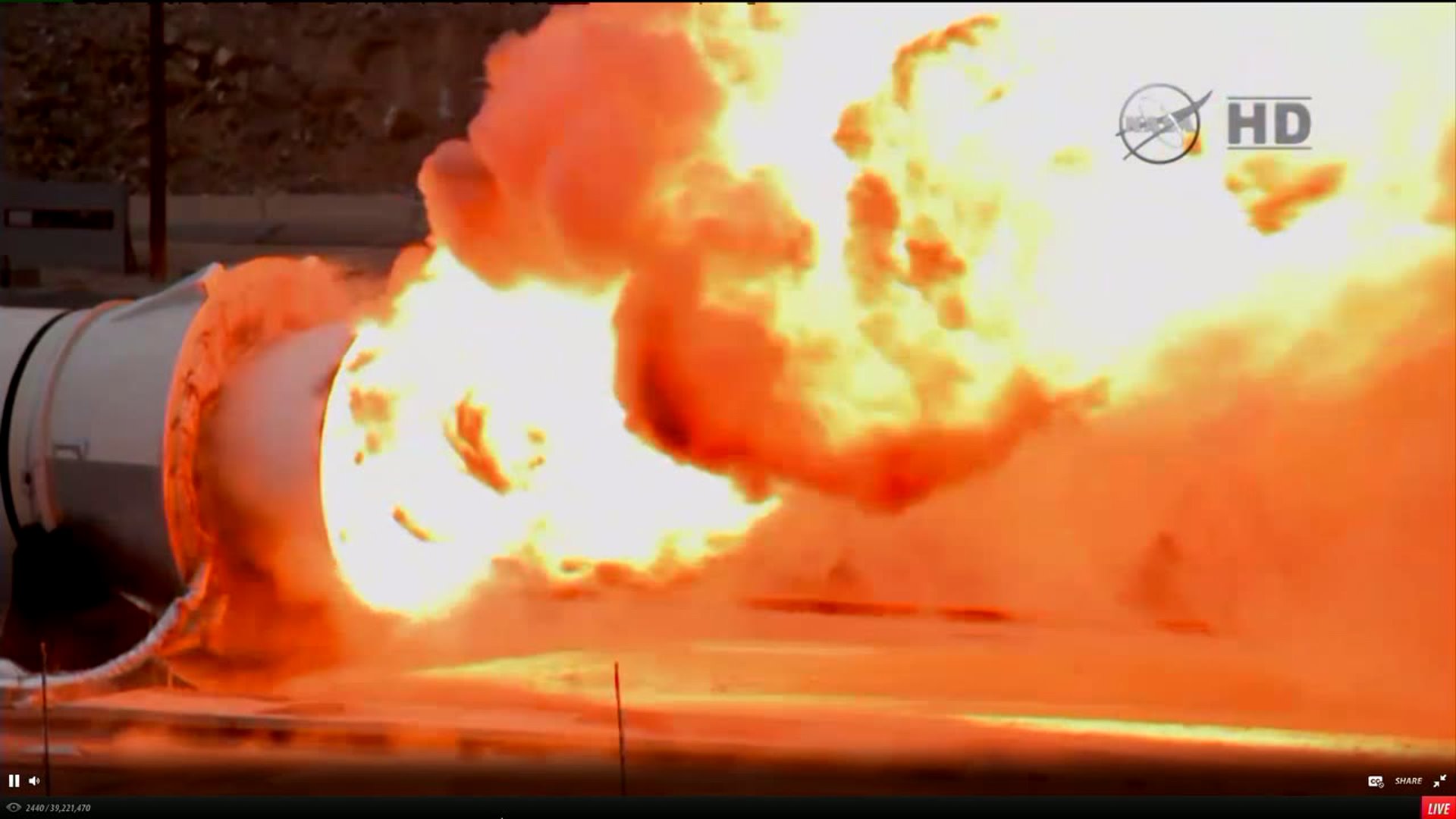