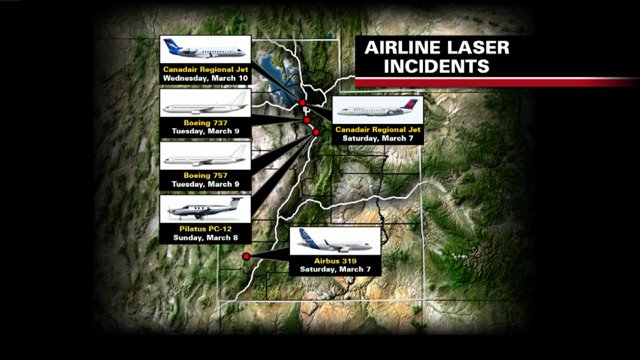 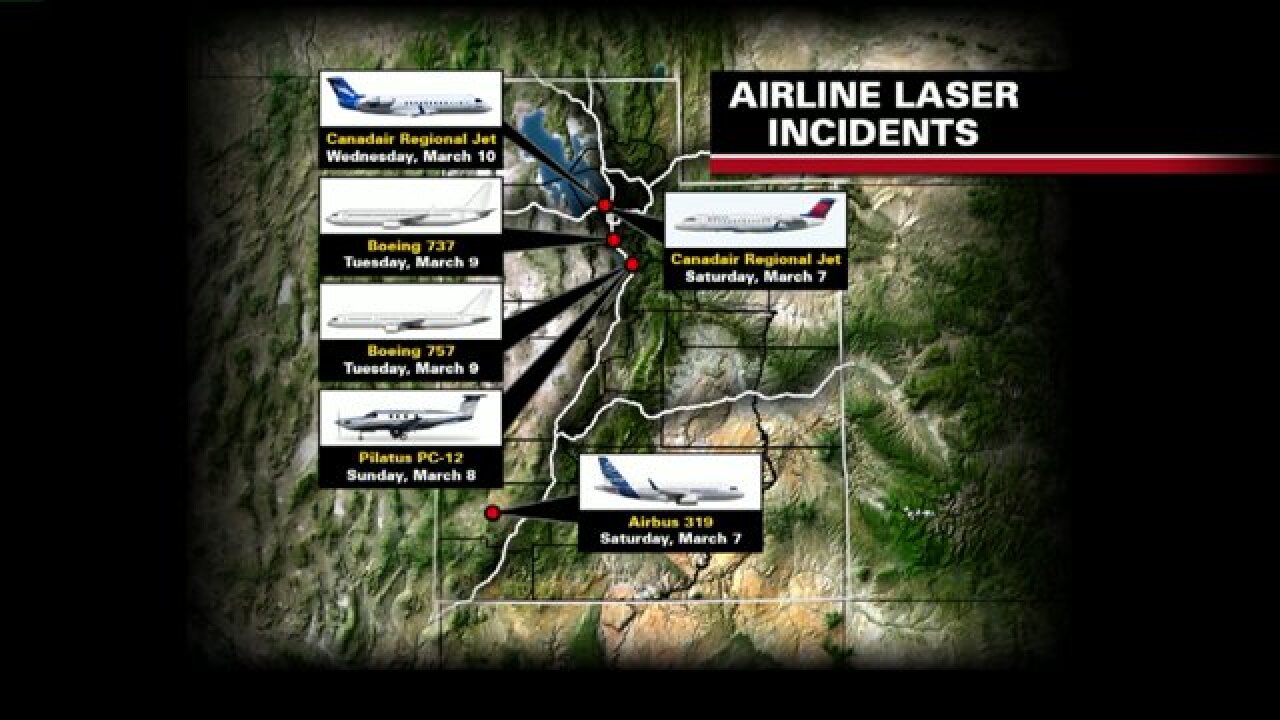 SALT LAKE CITY -- Six times in five days. From Saturday through Wednesday, pilots in six planes, most of them commercial jets, reported lasers shined into their cockpits. In five of the six, FOX 13 News has confirmed the lasers were green.

We don't know the color in the incident on Wednesday night.

The six incidents are as follows:

Tuesday night: A 757 over Provo, inbound to Salt Lake City International Airport, and a 737 Northbound between Provo and Salt Lake City.

Jim Green, the chair of the Department of Aviation Science at Utah Valley University, said laser pointers have the potential to cause serious harm.

"We would tend to see a light and look at it," Green said. "So it does become a safety issue very significantly with the use of lasers by individuals."

Interfering with a pilot in flight with a laser is a federal felony.