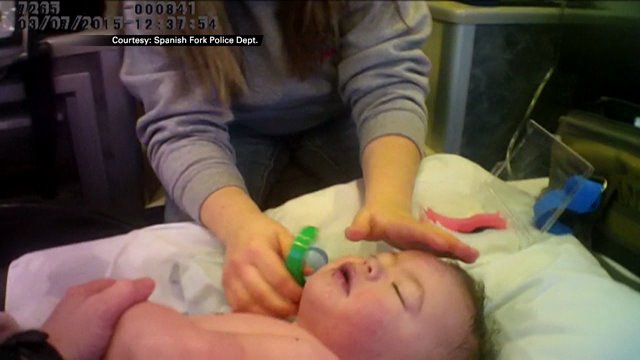 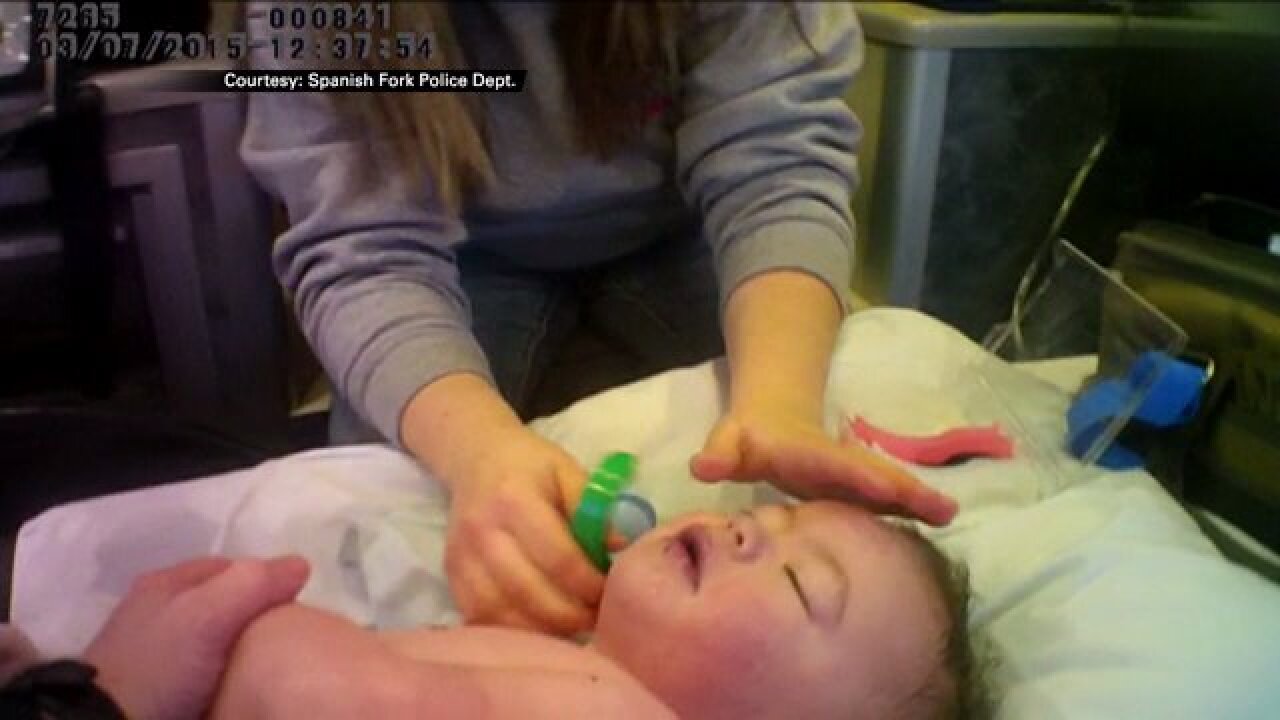 WARNING: The videos in this story contain raw footage of emergency crews responding to a crash that left a woman dead and her daughter in critical condition. Some may find some of the images disturbing, viewer discretion is advised.

SPANISH FORK, Utah -- The survival story of an 18-month-old girl who was found in a car after a crash into the Spanish Fork River that left her mother dead has attracted national attention, and Friday police released footage of the incredible rescue.

Jennifer Groesbeck, 25 of Springville, was killed in the crash, but despite spending an estimated 14 hours in the car in the frigid water, 18-month-old Lily survived. The water in the river was so cold that seven emergency responders were treated for hypothermia. See the videos above for a two-part report on the rescue footage, and see the bottom of this story for the raw video.

In the footage released Friday, emergency responders can be seen urgently working to shift the vehicle to reach the young girl inside.

"You got her? Pass her up! Pass her up," one responder can be heard saying in the video as the young girl is withdrawn from the wrecked vehicle.

The child was then passed to one emergency responder, who begins rushing toward the river bank and an ambulance waiting there.

The man carrying the girl can be heard saying, "She's definitely hypothermic."

The video continues as the child is put into an ambulance and EMS personnel frantically work to save her life.

At one point, a responder says: "Come on baby!" as a medic attends to the child.

Later, the officer says they have made it to the town of Salem, and he continues talking to the EMS personnel: "We're almost there, you getting a pulse?"

As they bring the child into the hospital, someone says: "We've been doing CPR on her, she's been throwing up a little bit."

Lily was in critical condition after the crash, but she has since been released from the hospital. Her father spoke with FOX 13 News earlier in the week about her incredible recovery.

The cause of the crash remains unclear, and policed are investigating. The crash is believed to have occurred around 10:30 p.m. on March 6, but the vehicle wasn't located until a fisherman spotted it around noon the next day.