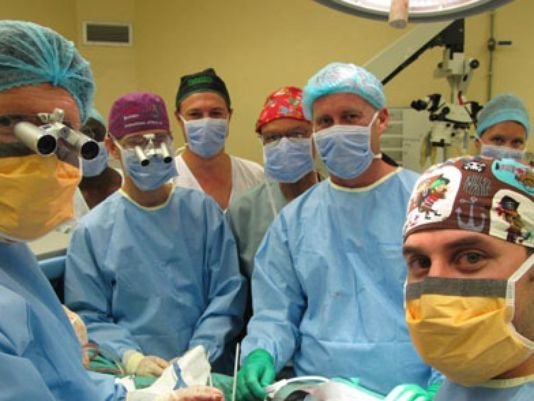 The nine-hour operation occurred on December 11, 2014, involving a team of doctors at Stellenbosch University in Cape Town and others from Tygerberg Hospital.

The young man, whose identity “is being protected for ethical reasons,” has made a full recovery — a result which the doctors did not expect to occur until about December 2016. The recovery includes, “restoration of all the patient’s urinary and reproductive functions,” according to a university press release Friday.

“It’s a massive breakthrough. We’ve proved that it can be done” said Professor Frank Graewe, head of the division of plastic reconstructive surgery at Stellenbosch University. “We can give someone an organ that is just as good as the one that he had.”

The patient’s penis was amputated after complications arose from a traditional circumcision, which was performed during a coming of age ceremony. Such initiation practices are common in African nations, but have increasingly come under scrutiny for risk of complications.

Doctors used techniques developed, in part, for the world’s first facial transplant. Dr. André van der Merwe, the head of the team of doctors said, “We used the same type of microscopic surgery to connect small blood vessels and nerves, and the psychological evaluation of patients was also similar.”

Psychological factors are important for the success of any transplant operation.

Dr. John Robinson, professor of psychiatry and surgery at Howard University, told CNN, “The anxiety of waiting for a transplant creates a lot of anxiety and tension. Once you get the transplant, the anxiety of rejection keeps people pretty nervous.”

This isn’t the first penile transplant. Doctors in China performed an unsuccessful transplant in 2006. That patient rejected the transplant due to “a severe psychological problem,” and had it removed, though no medical rejection was found.

“Any type of therapy that returns men to normalcy is beneficial, but at the same time, we need to keep in mind the person as a whole,” including the personal and psychological aspects, says Dr. Anthony Atala, director of the Wake Forest Institute for Regenerative Medicine and member of the American Urological Association. “At the same time, it’ll be important to have a follow-up to ensure that we don’t have what happened in China.”

In the United States, doctor-performed circumcisions result in fewer than 2 in 10,000 complications, including bleeding, infection, and injury to the penis, according to the Centers for Disease Control and Prevention.

Complete statistics are not available on the numbers of nonmedical circumcisions in Eastern and Southern Africa, though reports from the World Health Organization show wide-ranging numbers: as low as 2% in parts of South Africa and up to 35% in Kenya.

The South African doctors celebrated the success of the procedure, but also recognize the donor who made it all possible. Van der Merwe said, “The heroes in all of this for me are the donor, and his family. They saved the lives of many people because they donated the heart, lungs, kidneys, liver, skin, corneas, and then the penis.”