MIDVALE, Utah - Unified Police said a 17-year-old student is in critical condition after being hit by a car near Hillcrest High School.

Emergency crews said a northbound Mitsubishi Montero driven by a 35-year-old woman hit the teen who was in the crosswalk near 7500 S. 900 E. just before 8 a.m.

"I was shocked," said Madison Endow, a student at the school. "It was crazy because I've never seen an accident before."

Police said he was with five or six other students but he was the only one hit.

"I was coming out of the apartment buildings right after it had happened," Endow said. "He was laying on the ground and the first cop was just pulling up."

Lt. Justin Hoyal of the Unified Police Department said they are looking into the incident to determine exactly what happened and who had the right of way.

"We know that there were approximately five to six other students who were with this young man when this accident happened, and we have investigators here that are interviewing them, along with independent witnesses and along with the driver that was involved," he said.

Traffic was blocked in both directions as police investigated, and currently officials said it isn't clear if anyone was at fault in the collision.

"So the aim today was to make sure that this entire school community had the emotional support it needed to deal with the situation," Haney said.

The student who was injured has not been identified, as he is a minor--but Haney spoke about his character.

"He had some good friends, and those who had him really enjoyed having him in class and the district staff who had interaction with him say he was a really good kid," he said. 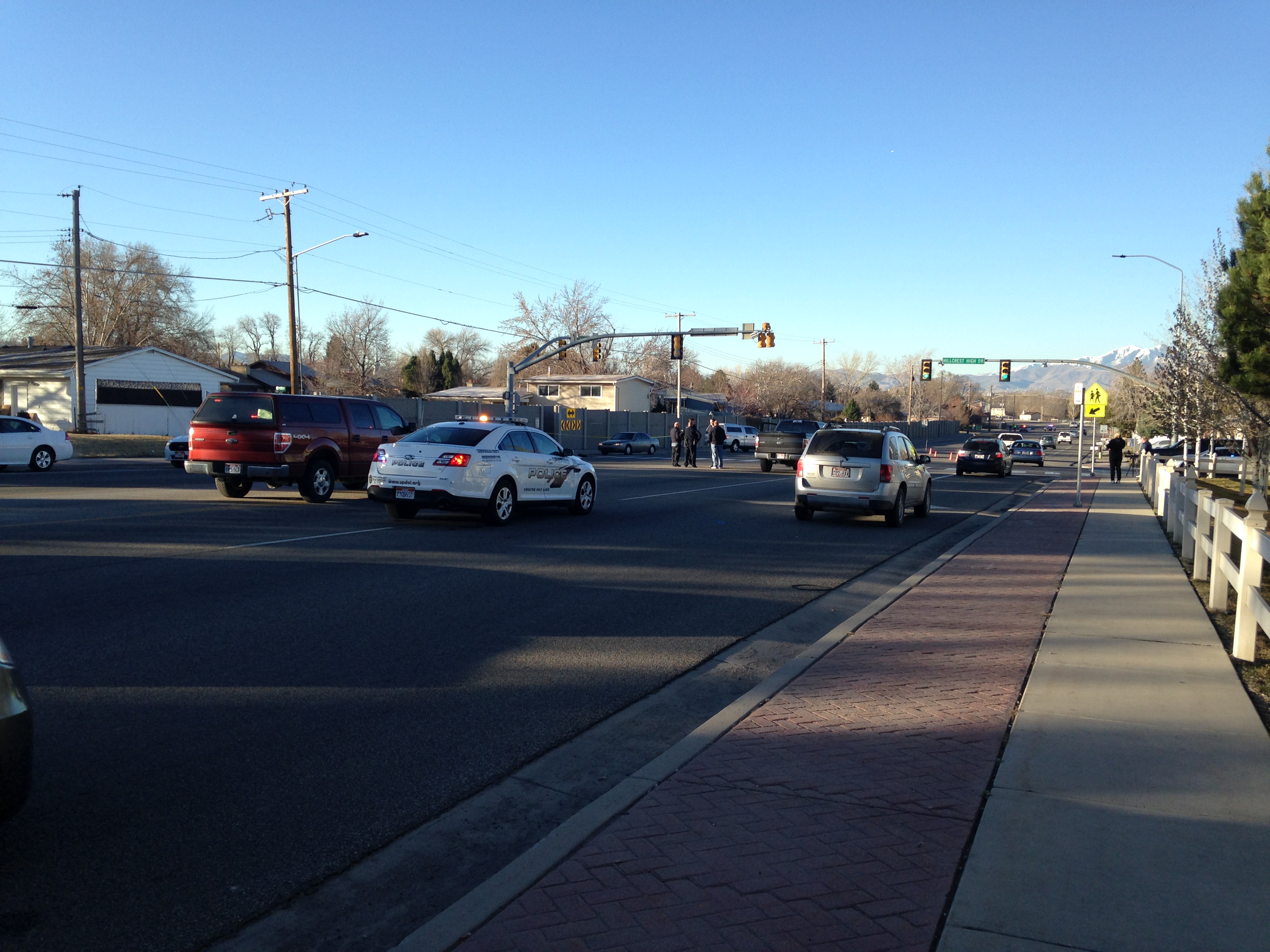