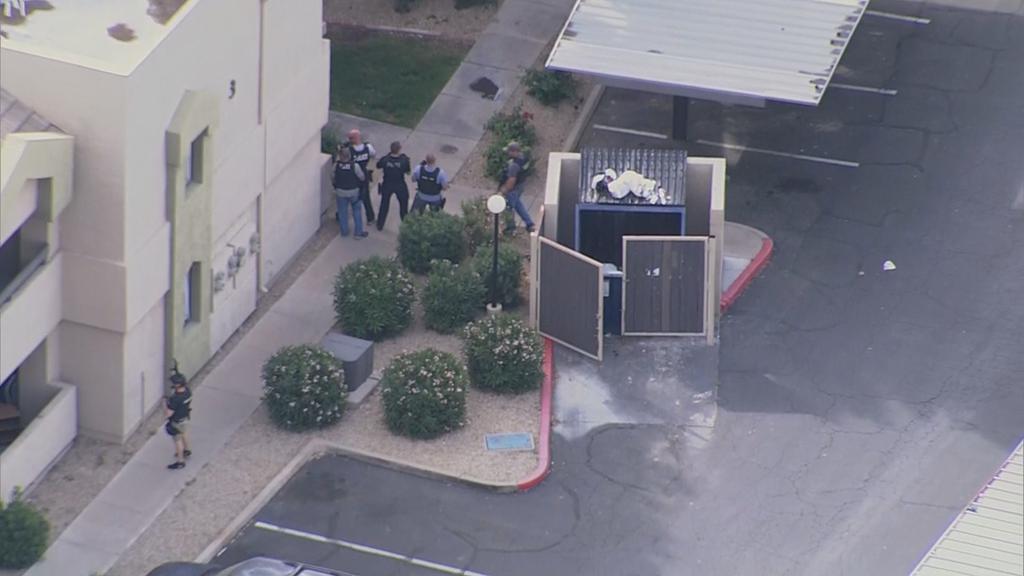 MESA, Ariz. – The suspect in the shootings of six people in Mesa, Arizona, is in custody, Vice Mayor Dennis Kavanaugh said Wednesday.

Officials said the suspect and the man who died may have known each other.

The shootings began at a motel across the street from a school, Flores said.

Three people were shot at the Tri-City Inn, across the street from the East Valley Institute of Technology, Flores said. One of those victims died, he said.

A man who is an EVIT student also was shot, Flores said.

The suspect carjacked a Honda and later shot a man during a home invasion and another man in the apartment complex next door.

Both men are expected to live.

The FBI and the Bureau of Alcohol, Tobacco, Firearms and Explosives were assisting local authorities in the manhunt.

EVIT said on Twitter that parents of those affected have been notified of an “incident on EVIT Main Campus.”

The facility hosts vocational and other classes for high school students from 10 school districts, as well as adult education programs, according to the school’s website.

In regards to the incident on EVIT Main Campus, parents of those affected have been notified. Further details are forthcoming.

News of the shootings caught the attention of the state’s senior U.S. senator.

Mesa is about 20 miles east of Phoenix; it is Arizona’s third-largest city.