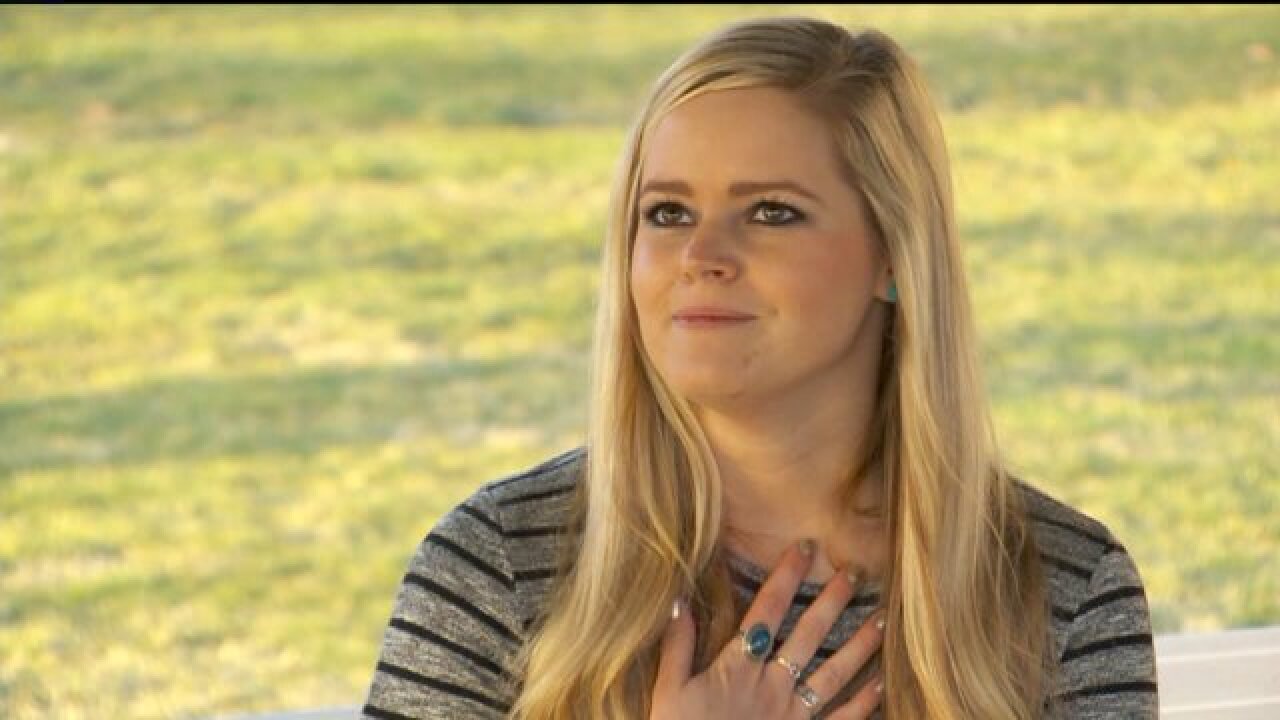 PROVO, Utah -- It's known as catfishing: someone creates a false persona online to deceive another into a relationship. Recently, eight women from Provo fell victim to this hoax by the same person, and some of the relationships lasted as long as two years.

A man Hilary Hayes had never met in person claimed to be falling in love with her, but Hilary said she was falling for his hoax.

"I would get home from school and he would call me, or I would call him, and we would just talk on the phone about our days, just casual things," Hayes said.

In November of 2013, Hilary first got a text from an unknown number, and the person on the other end claimed to have gotten it from a mutual friend at a party. He told her his name was Hunter Anderson, and that he was a member of The Church of Jesus Christ of Latter-day Saints who was about to go on a mission.

"He was just really good at figuring out what was important to me, what mattered, and how to get to me," Hayes said.

The two talked for months, and he even sent her Valentine's Day Flowers but he wouldn't meet her. After a series of random events, Hilary met Sara Vanwagenen--who was also talking to a man who wouldn't meet her.

"Week after week it was excuse after excuse, and we would get in fights about it all the time, it was: 'Why can't we meet?' and it was this excuse or this excuse," said Sara Vanwagenen, a BYU graduate.

"I was really, really hurt," Vanwagenen said. "I was angry and I was mad. I was really hurt and confused. I had a lot of ill feelings towards this person... because I had trusted them."

"I was so confused and I felt so lost," she said. "Somebody that I had shared so much with was, everything he told me was a complete lie," Hayes said.

Up to eight Utah women fell victim of this catfish scam, and now Hilary is dedicating her capstone project, cyberIQ, to educate others.

"It's an initiative to help teach teens how to be safe online, and after this whole experience it's strengthened my cause and belief in this project," Hayes said.

The victims say after confronting the woman, she said she did this because she was gay and Mormon and that this is how she was dealing with it. She says she is going to law school in Texas and is still a member of the LDS Church but not actively attending.

The women filed a no contact order but could not pursue any criminal charges because BYU police say everyone involved were consenting adults.