LEHI, Utah - Authorities are investigating what sparked a shed fire in Lehi at the Evans Family Farm that killed a German shepherd, her seven puppies and about 30 rabbits.

Early morning shed fire. Animals inside consumed by the fire. Undetermined cause. pic.twitter.com/cXG500U2pc

The family, in its seventh generation in Lehi, lost Paisley and her seven puppies along with 28 show bunnies.

The family's daughter, Jessie Brimhall, was taking care of the animals and said the pups were just two weeks away from going to new homes across the state.

Michael Brimhall owns the animals and said Jessie would often take Paisley to a local nursing home where she worked to visit with the residents.

But Michael said it is the children who live on the property who grew especially close with the animals.

He said they are devastated.

"It's real sad; we had the mom for three years and then all of my nieces and nephews saw the rabbits and everything," Michael said. "That's sad. One of them had a puppy and she was real upset about that."

Fire investigators said they believe a heat lamp used to keep the animals was is likely to blame for the blaze.

Officials said this may be close to a $10,000 loss for the family

A GoFundMe account has been set up to help the family. 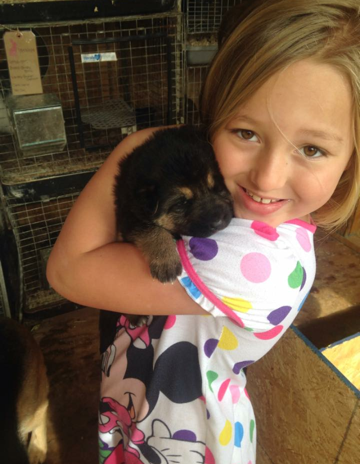