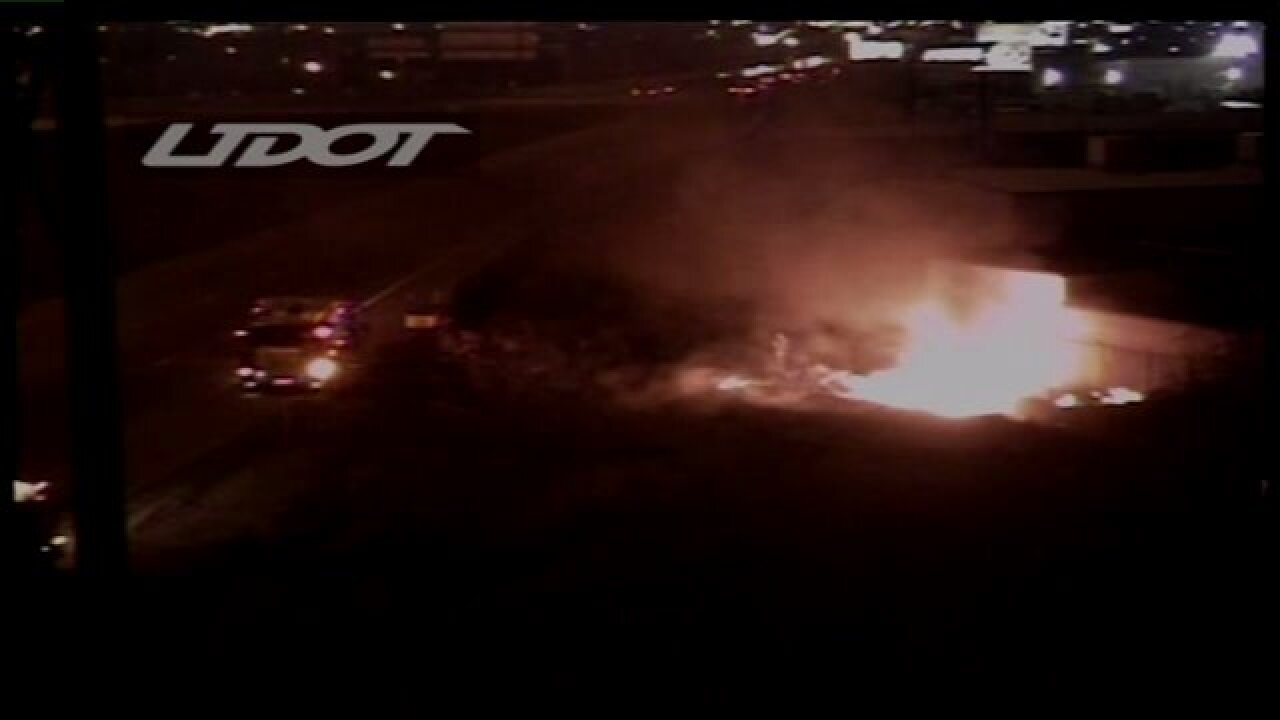 SALT LAKE CITY – A small brush fire that broke out when a fire started by transients got out of control was quickly extinguished near State Route 201 in Salt Lake City Sunday, and fire officials said a traffic camera helped ensure a rapid response.

Fire personnel at the scene said transients started a fire to keep warm while behind Roof Line Supply and Delivery, which is in the area of 900 West and 2100 South, and the fire then got out of control. FOX 13 first heard reports of the fire around 8:35 p.m.

Fire crews responded quickly and put out the fire, and they were able to extinguish the blaze before the business sustained damage. Utah Department of Transportation personnel had observed the fire on a traffic camera, and they were the ones who called the Salt Lake City Fire Department. See the video above for some of the footage from that camera.