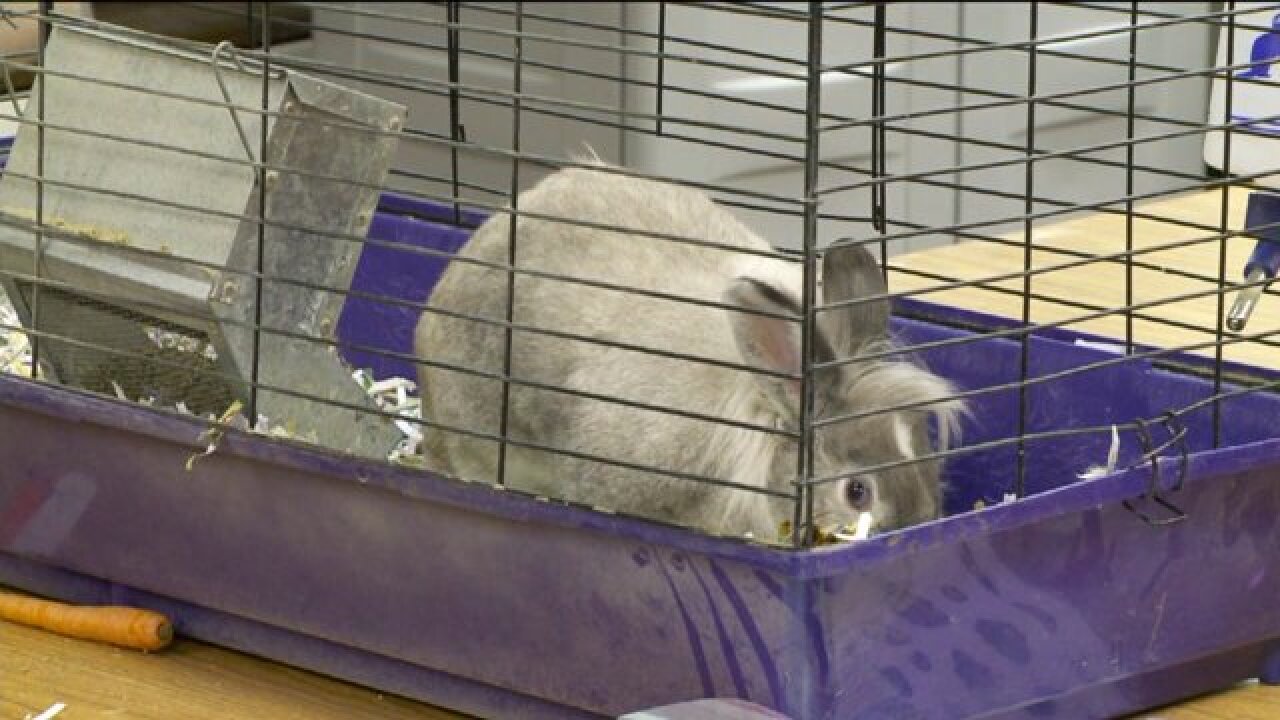 TAYLORSVILLE, Utah — More than a dozen small animals and hundreds of fish had to be rescued from a Taylorsville classroom after a fire broke out Friday night.

A classroom located inside of a portable trailer at John C. Fremont Elementary School caught fire Friday, and firefighters said the roof of the structure almost caved in—which likely would have killed the animals inside.

Unified Fire Department officials said if flames had reached the sheet rock or insulation in the trailer, the entire structure would likely have become engulfed. The damage is estimated at about $10,000.

As firefighters were combating the blaze Friday, they noticed cages with animals inside all over the classroom. Crews immediately began working to rescue the animals, which included pigeons, rats, rabbits, a ferret, a quail, Guinea pigs, chinchillas and a variety of fish.

The trailer is called a “living classroom” and is used throughout the year to give hands-on science training to students in grades fourth through sixth.

Fourth grade student Anela Alic said she loves those animals and is glad they are safe.

“We learn about the animals’ habitats, and where they live and what they eat,” she said. “The students really like them…. We really like the rabbits.”

“The difficulty is the lighting issues in the middle of the night and bulky cages that are awkward, and then in your fire gear you are trying to manipulate them down a ramp or stairwell,” he said.

But he said the work was worthwhile.

“The main thing is we got every animal out safely, and we realize now that, for the kids, that would have been devastating had that gone the other way,” he said.

Samantha Barney is in the seventh grade, and she helped care for the animals when she attended the school last year.

"I think a lot of the students get attached to them because I have, they are pretty cool," she said.

Samantha said the living classroom was one of her favorite things about school.

"I'm very thankful that they got them out because they are important to the school and everybody who goes here because everyone gets to see them and interact with them, I'm glad they got them out," Samantha said.

The blaze is being classified as an electrical fire and is believed to have been caused by a faulty thermostat. The animals were moved to a classroom nearby at the same school, and classes will continue as normal Monday. The damaged classroom is expected to be closed for a few weeks as repairs are made.