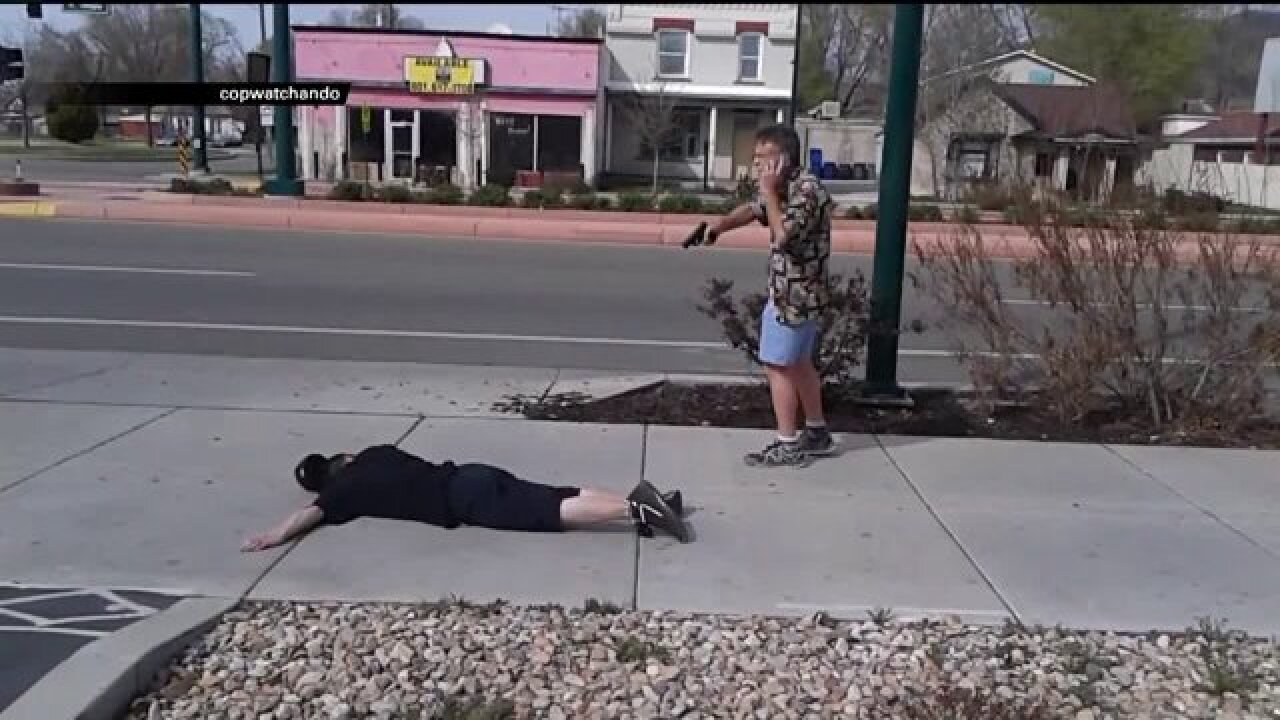 SALT LAKE CITY -- A civilian risked his own life to save a man from being attacked by a suspect with a knife in Salt Lake City.

The incident occurred on March 17 at the intersection of North Temple and 800 West.

"I was just in my car on North Temple, I saw a guy pull a knife on another guy, a fight ensued, the guy with the knife was swinging it several times at the unarmed person," said Nick, the civilian, who declined to give his last name.

Nick, a retired police officer, decided to step in, and pull his gun on the suspect.

"I see somebody in need of help it's just the right thing to do, the wrong thing to do would of been to turn my back and have somebody be stabbed because I didn't do anything." ~Nick, citizen

"I told him to lay down on the ground and he stayed there," said Nick.

Witnesses had no idea was what happening. They began demanding that Nick put down the gun. One witness videotaped most of the incident.

While Nick called 911 the witnesses continued urging him to lower the weapon.

"At this point an accident could happen, he's on the floor, there's a bunch of us out here, there's no need for you to be pointing a gun to a man's back whose face is on the floor," said another witness in the video.

Nick admitted he was a little worried things could escalate out of control and the witnesses may try to approach him.

Nick said he was most surprised about what the witnesses didn't do.

"Nobody called 911, nobody reported it, they are all worried about getting video so they could be famous or whatever they are," said Nick.

At one point the suspect pleaded for his life.

"Don't shoot me," the suspect is heard saying in the video.

"I'm not gonna," Nick is heard saying in response.

"You are too, get that gun off me," said the suspect.

Nick had the gun on the suspect for about two minutes before police arrived on scene and handcuffed the man.

Salt Lake City Police recommend civilians don't get involved in these altercations and instead focus on being a good witness and call police.

"Sometimes people get involved and sometimes we catch people because they get involved but we never suggest that because we don't like to see people get hurt," said spokeswoman Robin Heiden with Salt Lake City Police.

However, Nick said if it happened again, he'd do the same thing.

"I see somebody in need of help it's just the right thing to do, the wrong thing to do would of been to turn my back and have somebody be stabbed because I didn't do anything," said Nick.

Police later found out the cause of this altercation. The man with the knife had his bicycle stolen and he was attempting to get it back from the alleged thief. Both of those men were questioned by police, but neither of them decided to press charges against each other.