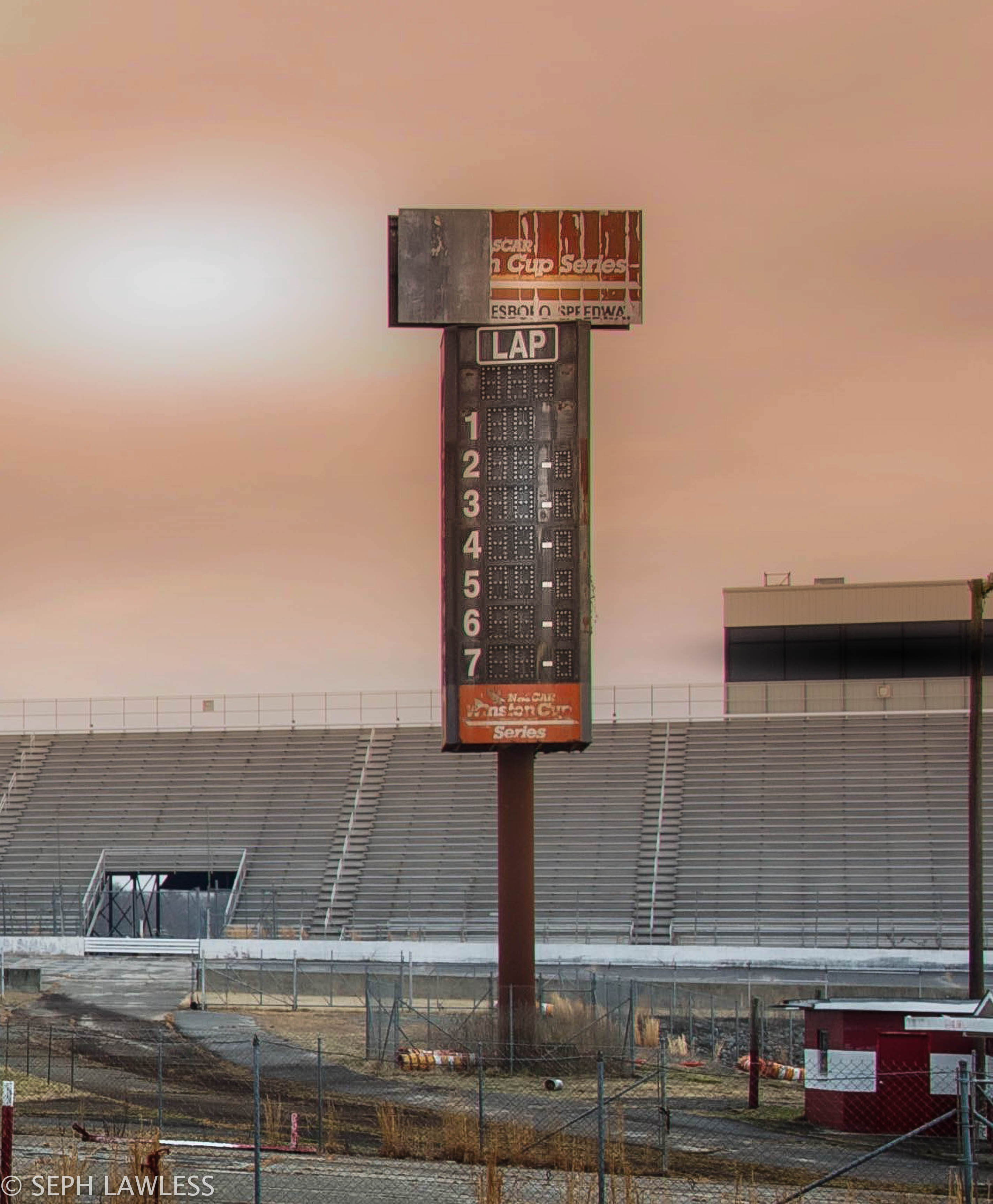 WILKESBORO, N.C. — It was open for 64 years, but lays in ruin just four years after it closed.

‘Certain parts of America decline so fast these days, they should just paint racing stripes on it.’

“This was America,” he said. “Gone were the sounds of the car engines roaring. The squealing of the race car tires as they hugged every curve of the track. Gone was the smell of burning rubber and fuel. All that’s left now is skid marks and the broken memories of a NASCAR champion.”

The North Wilkesboro Speedway opened in 1947 and closed in 2011. Lawless stopped there while traveling the country filming an upcoming reality show.

“As I walk the race track it’s eerily silent,” he said. “This track once grew champions…now it only grows weeds and dead grass. I approach the thick white finish line. I look up to a endless sea of abandoned seats. It’s faceless and emotionless. I became numb. I couldn’t tell if I had just finished my final lap or I was just beginning this race. Certain parts of America decline so fast these days, they should just paint racing stripes on it.”