1 in critical condition after alleged DUI driver strikes 2 cars, hits another while fleeing 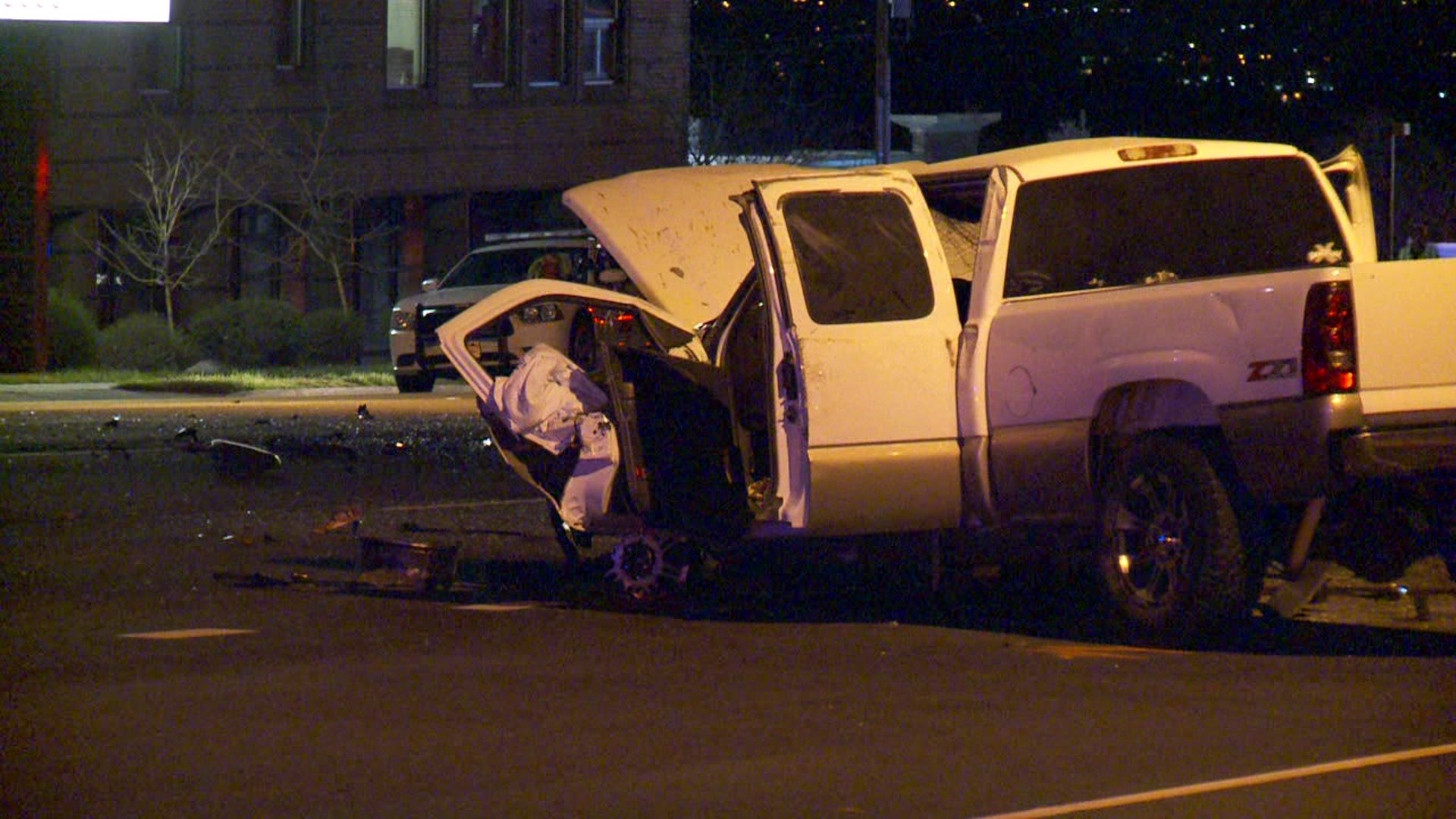 OGDEN, Utah – One person suffered critical injuries Thursday night after a man police believe was driving drunk struck two vehicles on Harrison Boulevard and tried to flee, only to crash into a third vehicle while attempting to escape the area.

According to information from the Ogden City Police Department, a man traveling south on Harrison Boulevard in a Chevy Silverado was observed by witnesses driving recklessly and at a high rate of speed around 9:52 p.m. Thursday. The truck ran a red light at the intersection at 3600 South and struck a Chevy Malibu that was attempting to turn north.

The Silverado continued south and also struck a Toyota 4 Runner that was traveling north on Harrison Boulevard, and the driver of the Silverado attempted to flee from the accidents. As the suspect fled southbound, the vehicle collided with a Nissan Sentra traveling northbound on Harrison.

Police believe the driver of the Silverado was impaired, though they are still working to determine exactly what happened.

“Right now we believe that alcohol was a factor, but the investigation is ongoing and we’re still looking into that,” Cline said.

The names of the suspect and victims have not been released.