Planets like Tatooine may be common, U of U researcher says

SALT LAKE CITY — In the 1977 film “Star Wars,” protagonist Luke Skywalker is seen gazing upon the binary sunset of his home planet, Tatooine.

A binary sunset, as imagined in “Star Wars.” | Source: youtube.com/starwars

But University of Utah astrophysicist Ben Bromley and Scott Kenyon of the Smithsonian Astrophysical Observatory have performed mathematical analysis and simulations that show it is possible for a rocky planet to form around two stars.

Bromley and Kenyon’s simulations “show that Earthlike, solid planets such as Tatooine likely exist and may be widespread,” according to a press release from the University of Utah.

The study is filled with formulas that show asteroid-sized rocks, which can clump together to form planets, can orbit around a pair of stars for tens of thousands of years without collisions.

“We are saying you can set the stage to make these things,” Bromley said. “It is just as easy to make an Earthlike planet around a binary star as it is around a single star like our sun. So we think that Tatooines may be common in the universe.”

Bromley and Kenyon published their findings in a study called “Planet formation around binary stars: Tatooine made easy.” The study has been submitted to “Astrophysical Journal” for review and can be read here.

Bromley used acrylic paints to depict what binary sunsets may look like when viewed from Earthlike planets. The photo gallery below shows two of Bromley’s paintings. 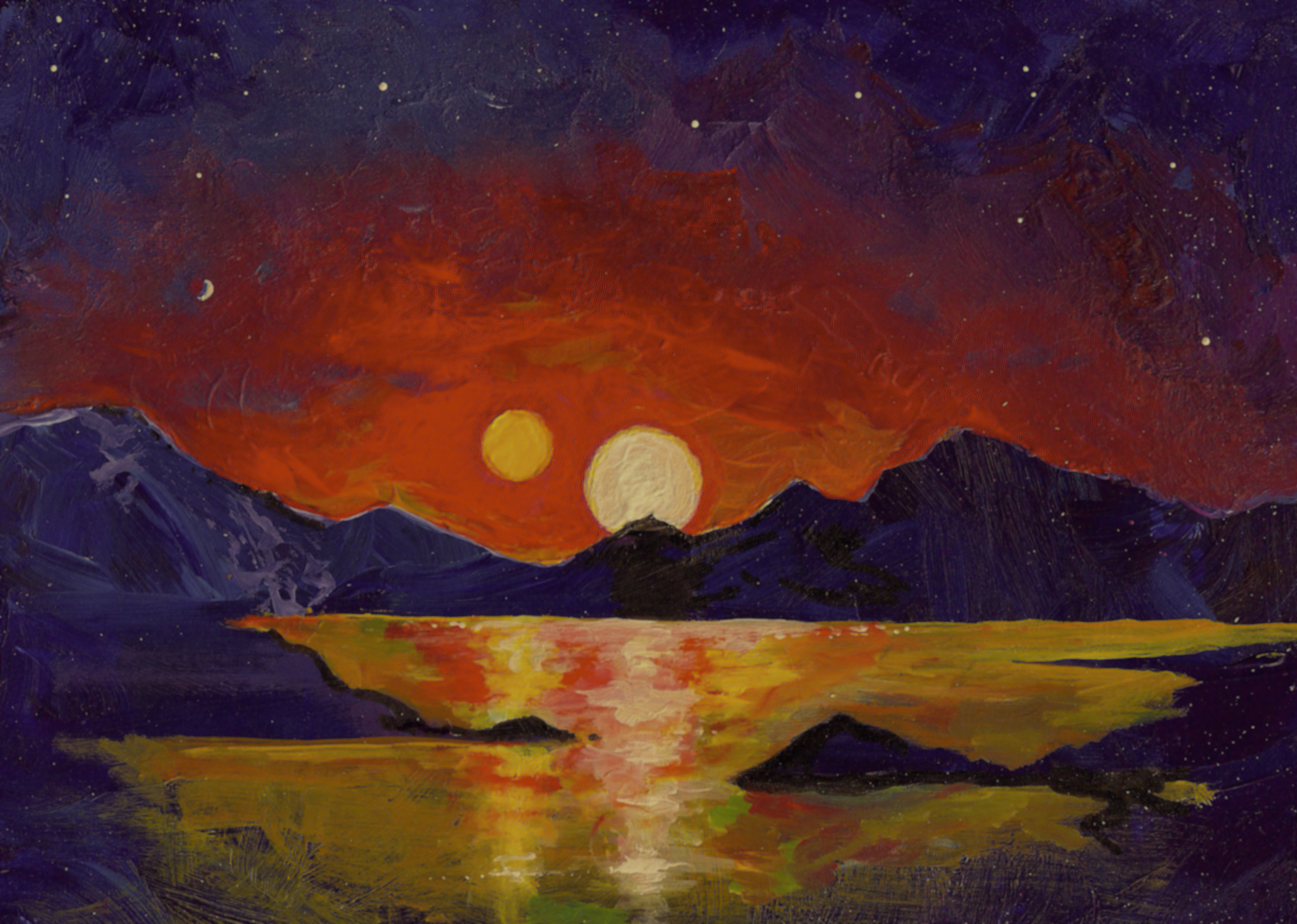