This past legislative session the Utah House and Senate unanimously voted to rename a section of the Veterans Memorial Highway, also known as I-15, in honor of Lockhart. A motorcycle rally organized by military veterans and their supporters was held at the Capitol Monday evening in opposition of the bill.

Those at the rally say as a veteran your biggest fear is that you will be forgotten and they say that's exactly what this bill will do.

"We're here because we don't want Gov. Herbert to change the name of the highway I want it to stay so we remember our veterans and what they do," said Kaitlin Hansen, whose uncle died serving. "I personally think if we change it to her name it's just one person, we need to remember all of the veterans that have served."

"We're setting a precedence that we can divide the highway more and more and our veterans get less and less," said Stacy Hansen, whose brother died serving.

People at the rally also said they had nothing but respect and admiration for Becky Lockhart. They said if it was any other roadway being named after her they would be in full support.

"I think recognizing her is the right thing to do -- I believe there is a different way to do it," said Ron Wagstaff, whose son died servicing.

The final decision now falls on Herbert, who has until Wednesday to act on the bill.

"We have already talked to veterans about the issue. And veterans actually are on both sides of this issue, so not all for not all against. And it's a bill that passed unanimously in both the House and the Senate, but I'm going to be talking to the sponsor of the bill about this issue too," Herbert said. 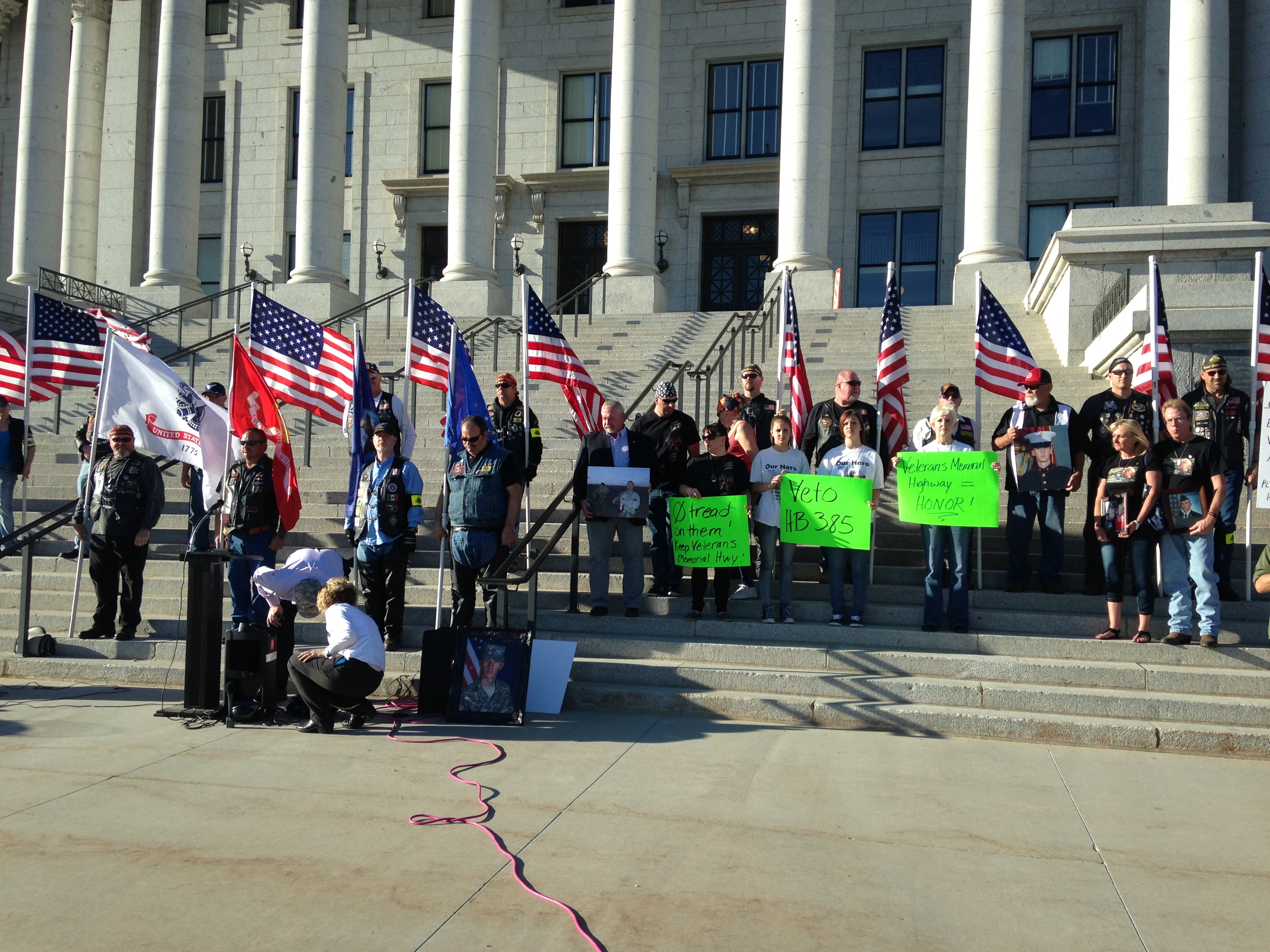