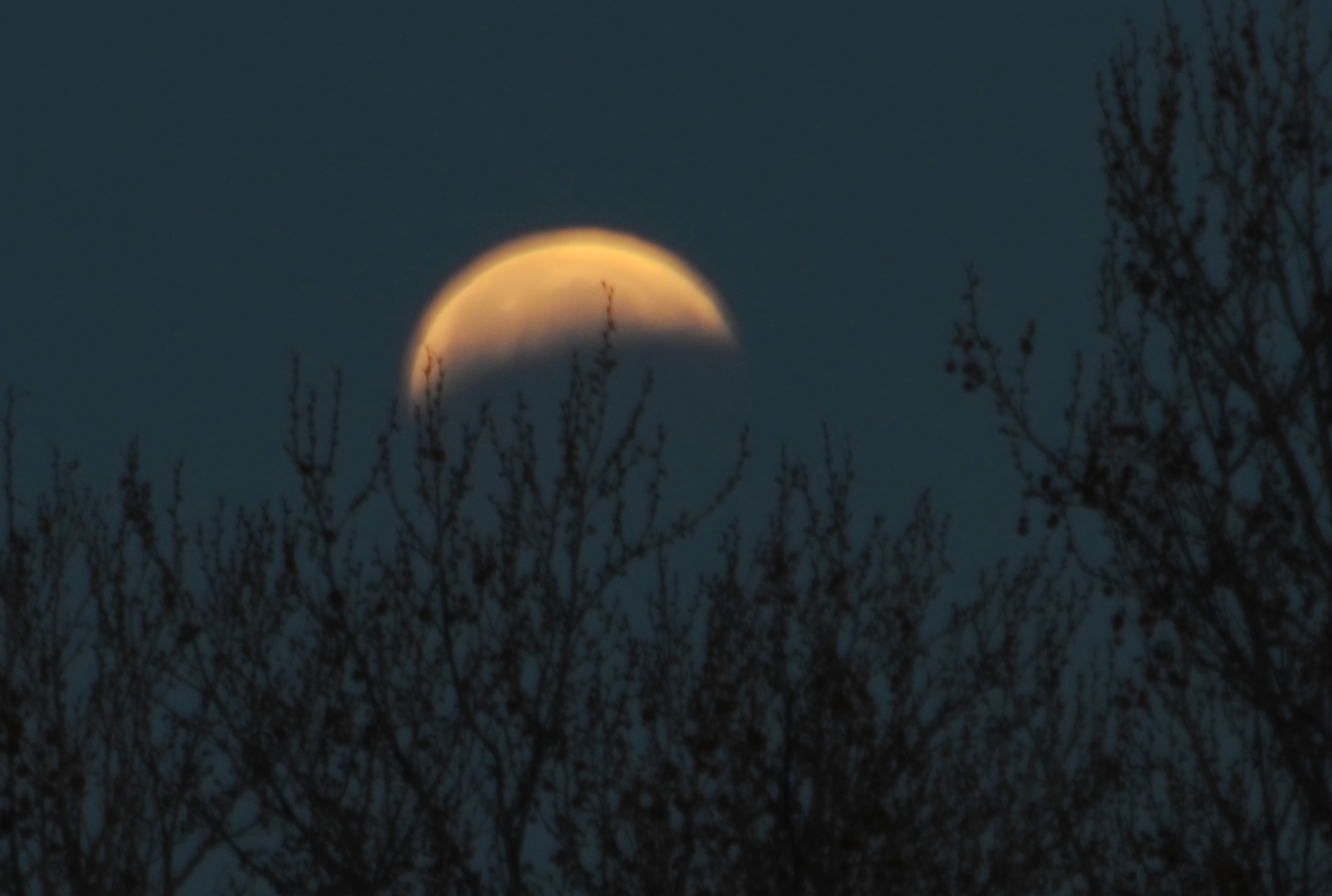 The eclipse that occurred early Saturday was brief, but plenty of Utahns still captured great images of the celestial phenomenon. See the gallery above for the photos, and click the button to submit your own images of the “blood moon”. The CNN Wire story below was written prior to the eclipse and has details on the event and the next eclipse, expected to occur September 28.

(CNN) — Sky watchers in Western North America are in for a treat: a nearly five-minute total lunar eclipse just before sunrise on Saturday.

Here’s how it will unfold:

Starting at 3:16 a.m. Pacific Daylight Time, the moon will begin moving into Earth’s shadow. For the next hour and 45 minutes, that shadow will move across the moon and engulf it at 4:58 a.m. Pacific Time.

The total eclipse will only last four minutes and 43 seconds, and NASA says that makes it the shortest one of the century.

While people west of the Mississippi River will have the best view, at least a partial eclipse will be visible across the nation. But sunrise will interrupt the show on the East Coast.

Parts of South America, India, China and Russia also will be able to see the eclipse, but it won’t be visible in Greenland, Iceland, Europe, Africa or the Middle East.

A lunar eclipse happens when the sun, Earth and moon form a straight line in space, with the Earth smack in the middle.

The sun shines on the Earth and creates a shadow. As the moon moves deeper into that shadow, it appears to turn dark and may even appear to be a reddish color. Why red? Because Earth’s atmosphere is filtering out most of the blue light. Some people have nicknamed the effect the “blood moon.”

NASA says lunar eclipses typically happen at least twice a year, but this eclipse is the third in a series of four in a row, known as a “tetrad.” The first was on April 15, 2014. The second was in September 2014, the next is Saturday and there will be one more, on September 28.

If you want to learn more about the eclipse, NASA astronomer Mitzi Adams will take questions on Twitter @NASA_Marshall.