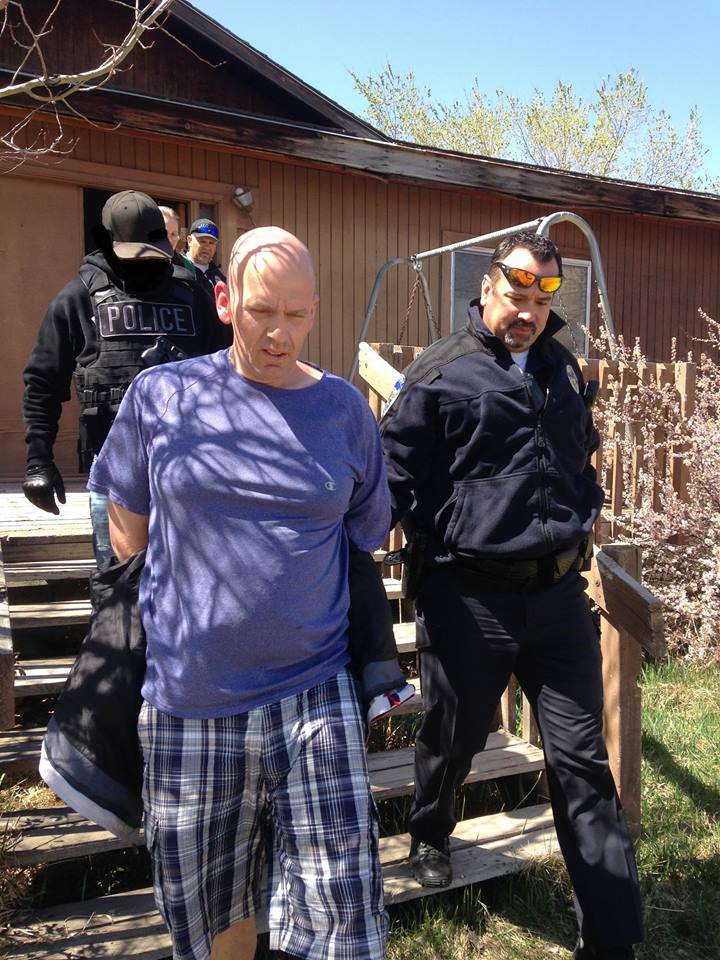 WASATCH COUNTY, Utah — A SWAT situation in Wasatch County ended with a mother and son in custody Friday, Heber City police reported on their Facebook page.

The incident started Thursday at a Heber City home when Carter Davis, 39, forced his 38-year-old girlfriend into a car by the neck then repeatedly slammed the car door on her to force her into the vehicle, police report on their Facebook page.

The woman was able to get away when Davis left the scene after realizing a by stander had witnessed the alleged incident.

Davis returned to the Heber City home Friday morning. Police indicated that he waited outside while sending threatening text messages to his girlfriend.

The woman called 911 and Davis fled to his mother’s house in Daniel, about 3 miles south of town.

It was at that time that SWAT served a search and arrest warrant and was able to take Davis into custody without incident.

Davis was booked at the Wasatch County Jail on charges of aggravated kidnapping, stalking and terroristic threats.

Police do not indicate whether or not Davis’ mother was booked into jail.