Utah family shocked to find this guy in their tree

PAROWAN, Utah - Residents in Parowan were startled Monday morning to find a mountain lion in the middle of town. Wildlife officers say the young cougar likely roamed through town after being recently separated from his mother.

Wildlife officers say they estimate the cougar was between four and five months old, weighing just 30 pounds. It was spotted roaming town, but ended up cornered in a tree behind the post office.

Bo Short was one of the residents to spot the mountain lion. Most people would be inclined to run, but Short, along with several others, stopped to look.

“I heard a lady say she saw it by the elementary, then had another customer on the west side of town say they saw it go past his house,” Short said.

Utah Division of Wildlife Resources officers, along with local law enforcement worked to get the mountain lion out of the tree. Wildlife Resource Manager Teresa Griffin said because of the wind, a traditional tranquilizer gun wouldn’t work, so they had to get some ropes and pull the cat down, before they could then tranquilize it.

“We took him and were able to relocate him and release him elsewhere in our region, in a remote location, so hopefully we won’t get into trouble,” Griffin said. “We did put some tattoos on his ears and a collar.”

The cougar wasn’t aggressive and didn’t attack, which is why officers were able to release him. Residents in Parowan say it’s not unusual to see cougars close to town, but it is rare to see one so young, so close up.

“We just took a few pictures and sent them on their way,” Short said. “But it was sure fun to see.”

Griffin said officers will closely monitor the young mountain lion to make sure it will be able to survive in the wild.

Fox 13 viewer Jesse Keene sent us pictures and said he and his wife found the cat when they let their dogs outside to play. 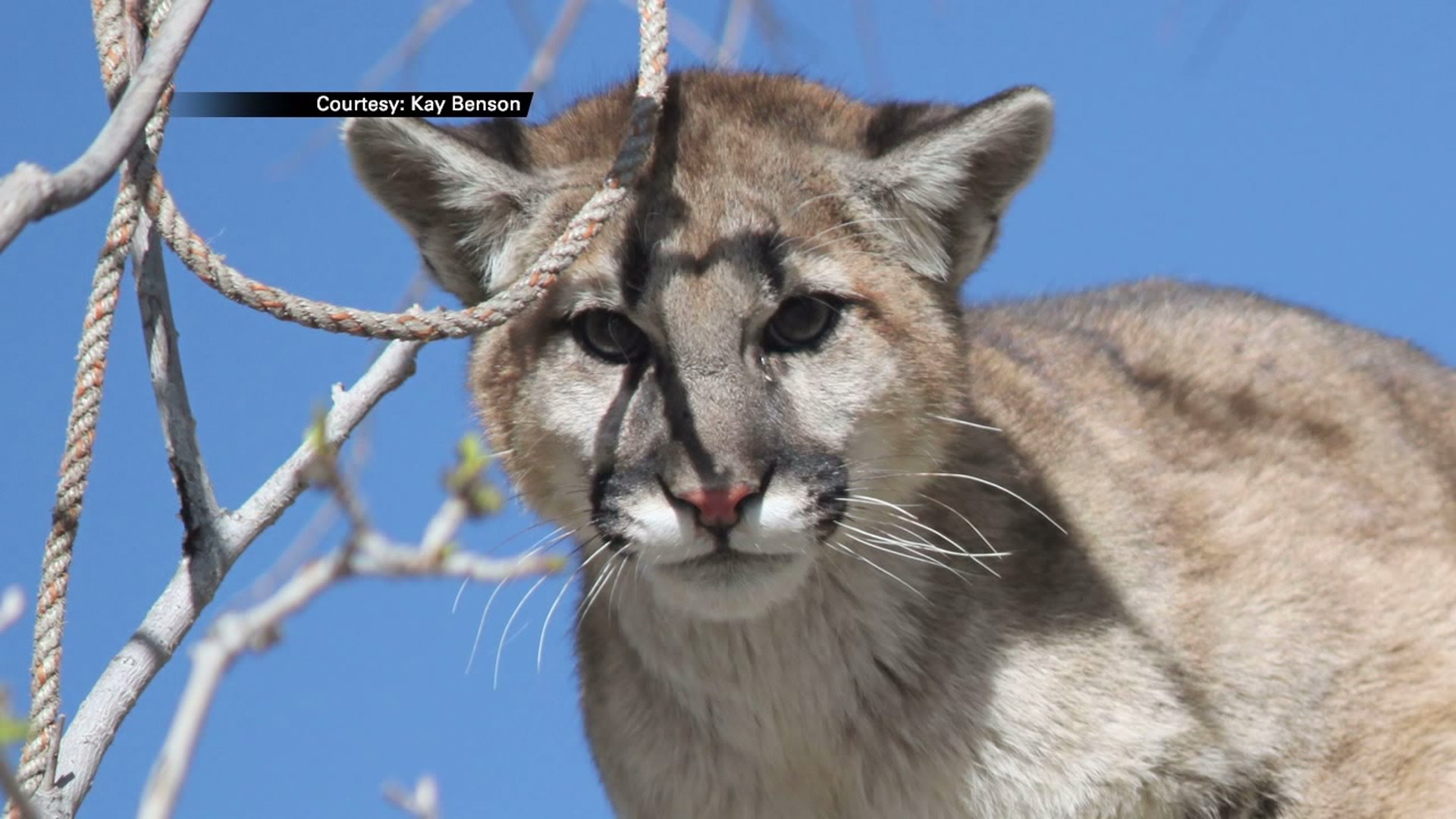