One dead, 18 hospitalized in I-80 crashes 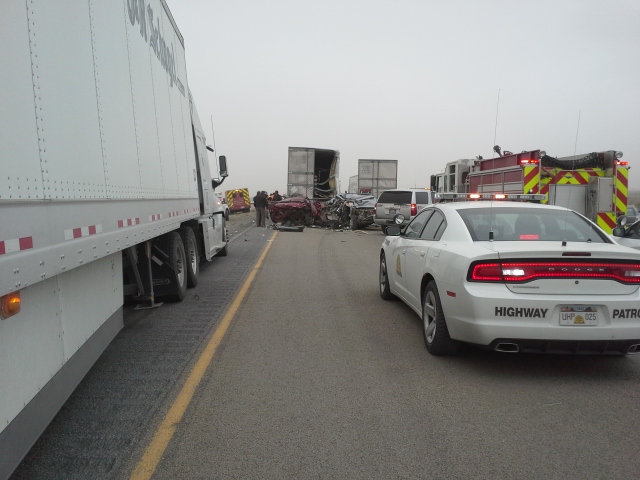 TOOELE COUNTY, Utah — One person died and 25 people were injured in a series of crashes along I-80 in Tooele County Tuesday afternoon.

UHP officials said the crashes started when a semi-trailer encountered low visibility conditions and slowed down almost to a stop.

“Subsequently, other vehicles come up from behind – passenger-type vehicles – and started running in to the slower-moving traffic or the stopped traffic,” a representative for UHP said. “As this thing was unfolding, more vehicles, larger commercial-type vehicles, passenger cars, pickup trucks were coming in and they were all running into each other, unable to see anything, unable to stop.”

UHP officials also said a man in his 50s died in a crash near mile marker 68.

Due to the dangerous conditions, the Utah Department of Transportation closed westbound I-80 from milepost 99 in Tooele County to the Utah/Nevada border.