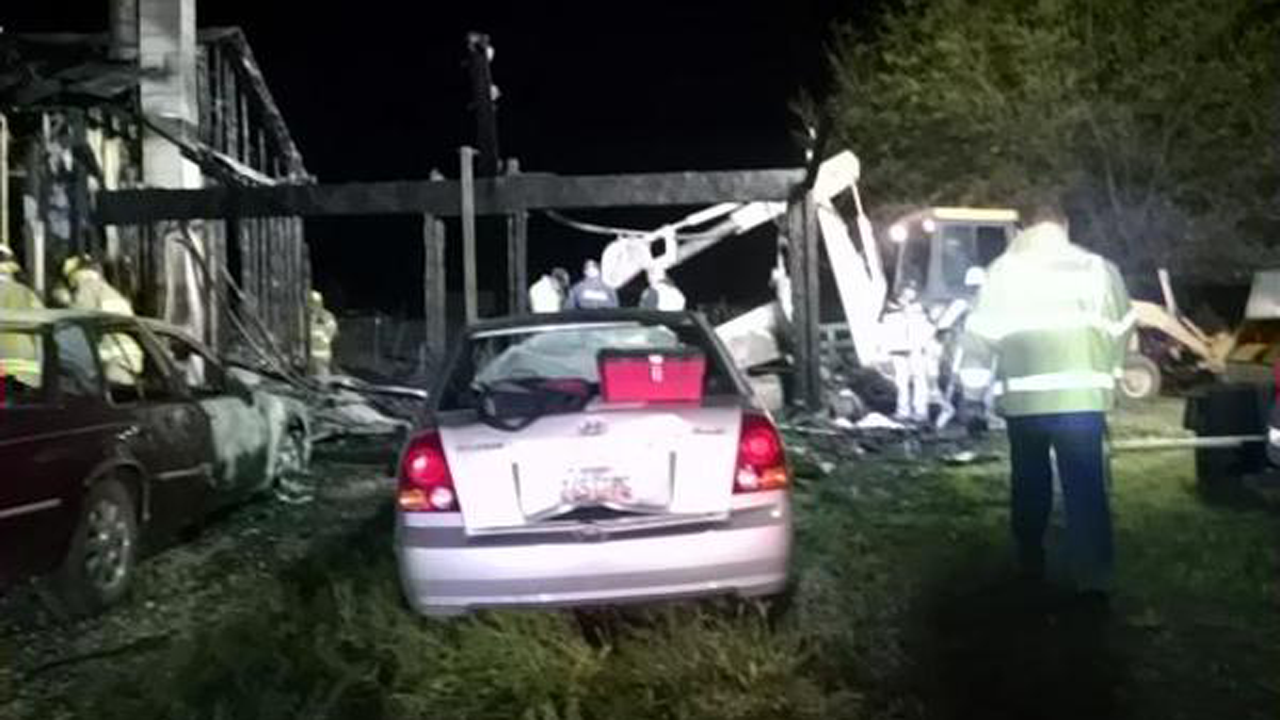 Police and fire officials responded to a home at 4568 N. Pioneer Road at about 10:22 p.m., but couldn’t enter because the smoke was too dense. Neighbors initially saw the flames, and wanted to help. They soon realized there was nothing they could do.

“We heard “Help! Help!” over there,” said neighbor Basilio Saldivar. “It was too late to do anything. [A] guy wanted to go help, but I told him not to. It was just going to add another death.”

Fire crews fought the blaze for about 90 minutes before they discovered three bodies inside the home.

Ames said a cat and dog also died in the fire.

Animal control spent most of the day Tuesday removing several other pets including geese and horses. The American Red Cross is helping to find temporary homes until permanent arrangements can be made.

Neighbors say the family lived quiet lives, and mostly kept to themselves. It’s still hit the community hard, and left many grieving.

“This is going to be hard for the residents to get over,” said Enoch City spokesman Rob Dotson. “But they will. We’re a very good community. We’ll band together and make the best of bad situations.”

The bodies were taken to a mortuary and will be sent to Salt Lake City’s medical examiner’s office for further investigation.