2 injured after car crashes into arcade in Murray

MURRAY, Utah – Police have confirmed that a vehicle crashed into an arcade in Murray Wednesday afternoon, and the driver of the vehicle and a woman who was inside the arcade suffered injuries.

Units responded to “Nickle Mania”, an arcade located at 6051 South State Street, and Kenny Bass of the Murray Police Department confirmed at about 3:35 p.m. that a vehicle had crashed into the building.

Officials at the scene tell FOX 13 News' Robert Boyd the driver of the car, a man believed to be in his 50s, was transported to a hospital after the crash. There were three individuals inside the arcade when the car came through the glass and into the building, and a woman who was inside drove herself to a hospital for treatment. The specific nature and extent of the injuries were not immediately clear.

A Utah Department of Transportation camera near the scene showed emergency personnel responding, including fire trucks. Bass was not able to immediately confirm whether or not there was a fire in connection with the crash, but a FOX 13 News viewer in the area reported seeing heavy smoke coming from the area. 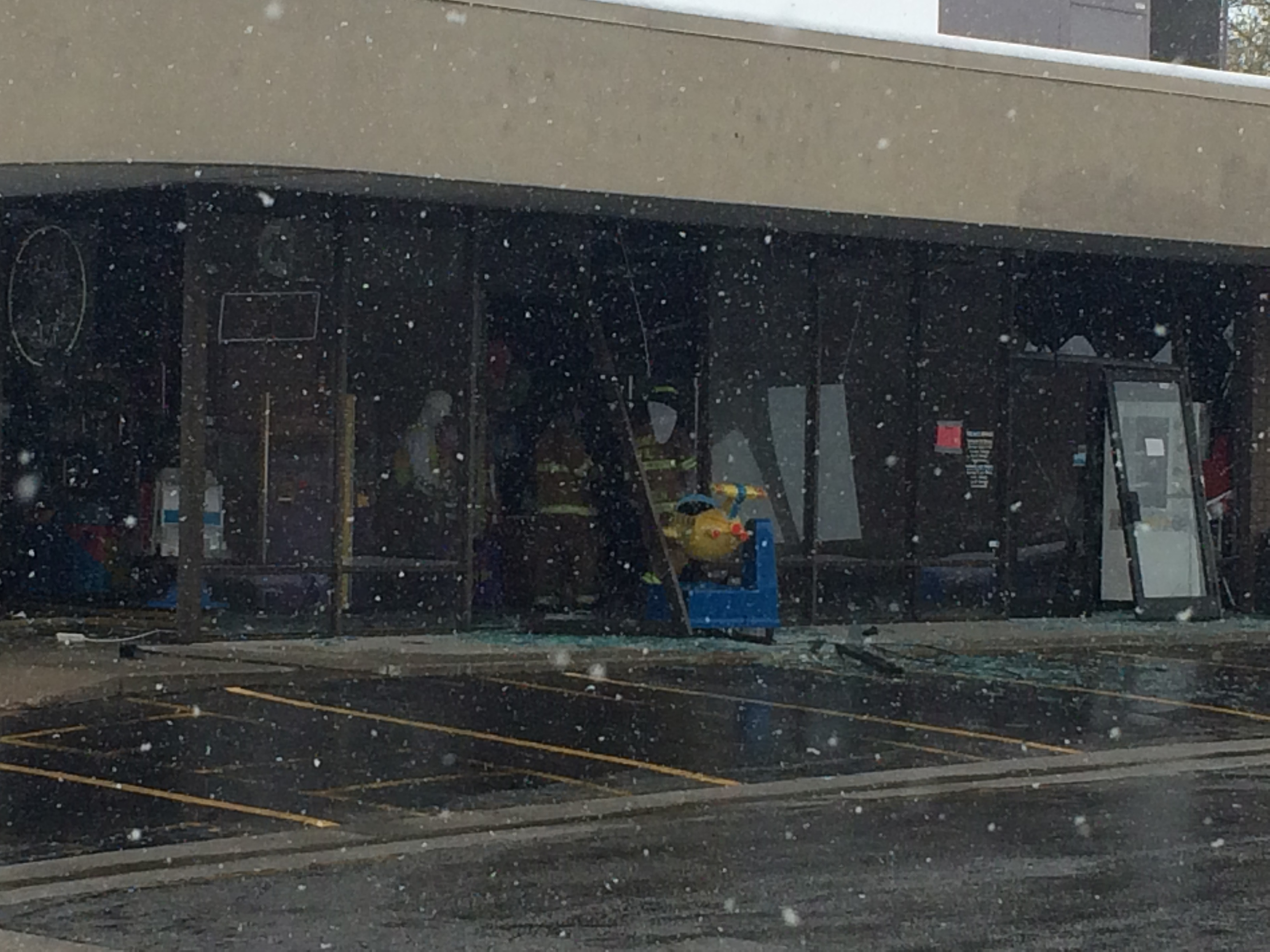