DRAPER, Utah – Crews responded to a 2-alarm fire in Draper Friday night, and backup crews initially had a difficult time reaching the location because of people who had congregated along the only road leading to the home.

Unified Fire Authority personnel said the fire started in a three-car garage at 1788 East Crimson Oak Drive (about 13940 South) in Draper. Saturday, Brian Anderton, UFA, said the fire began when residents threw out some coals they believed were extinguished but proved not to be. A YouTube video posted shortly after the fire broke out appears to show the blaze, see below for the footage.

The fire broke out around 8 p.m., and officials said they believe the fire began in the garage and subsequently moved into the attached home.  There were no reports of injuries to humans, though a cat was killed as a result of the fire. The extent of the damages is unknown as of Saturday morning, Anderton said.

Fire officials said first responders made it to the scene, but they said there is only one road, Rambling Road, that leads to the area and that for some time backup crews were having trouble getting through to the fire because people had congregated in the area. UFA eventually asked citizens to avoid the area to allow crews access.

By sometime after 9 p.m. it appeared the flames had been extinguished. FOX 13 News' Todd Tanner was at the scene Friday night, see the video above for his live report. 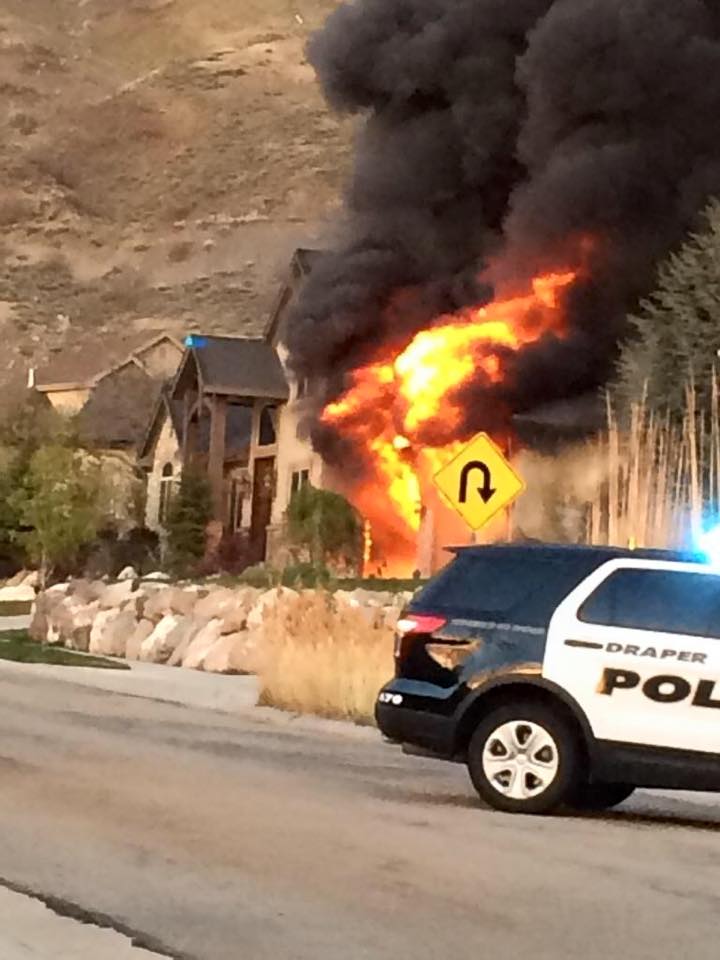