WARNING: While not necessarily graphic, the footage below contains images of very heavy destruction and there are also several instances where the narrator uses profanity. Viewer discretion is advised.

WYOMING — Interstate 80 was reportedly closed in Wyoming Thursday due to several major vehicle pileups involving an estimated 45 vehicles, and footage from the scene of the three crashes that occurred in sequence show the devastation that injured 27 people.

The footage posted Thursday by YouTube user Rich Whitemyer and shot by Jerry Williams shows the devastation up close, and numerous vehicles that sustained heavy damage can be seen during the course of the video. Several photos from police also show the devastation, including some shots from wider angles. See the gallery below for those photos.

The Wyoming Highway Patrol reports there were an estimated 33 commercial vehicles and 12 passenger vehicles involved in a series of three crashes, and multiple other vehicles became stranded in the area as a result of the blockages resulting from the crashes.

Sixteen people were taken to hospitals via ambulance and another 11 were transported by a school bus to a hospital. Of the 27 people who were transported, six of them suffered critical to serious leg or spine injuries, according to Wyoming Highway Patrol.

According to Wyoming HP: “Speeds too fast for the blizzard conditions and loss of control are being investigated as contributing factors in the crashes that caused a “domino” style chain reaction after the first couple of vehicles lost control. ” 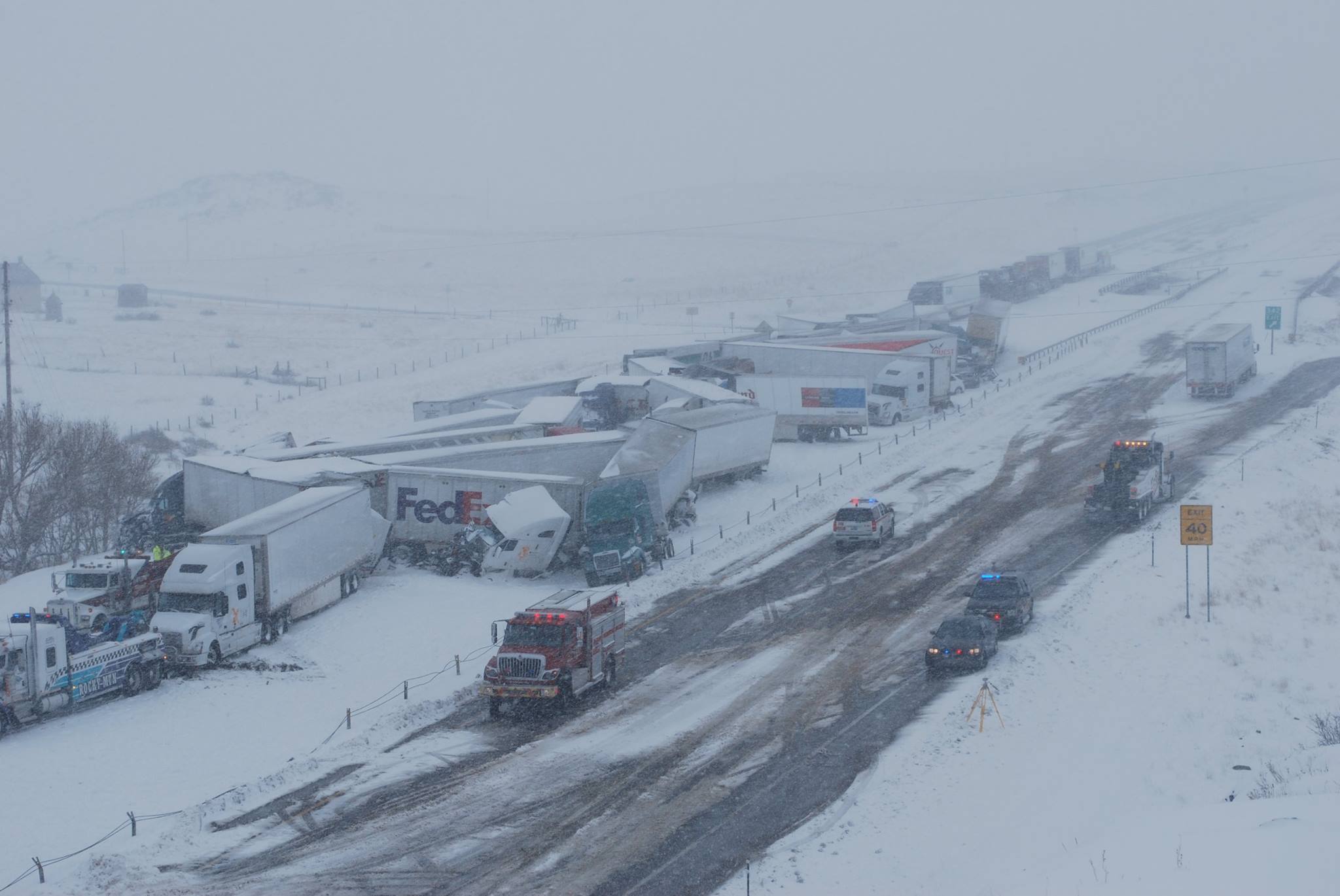