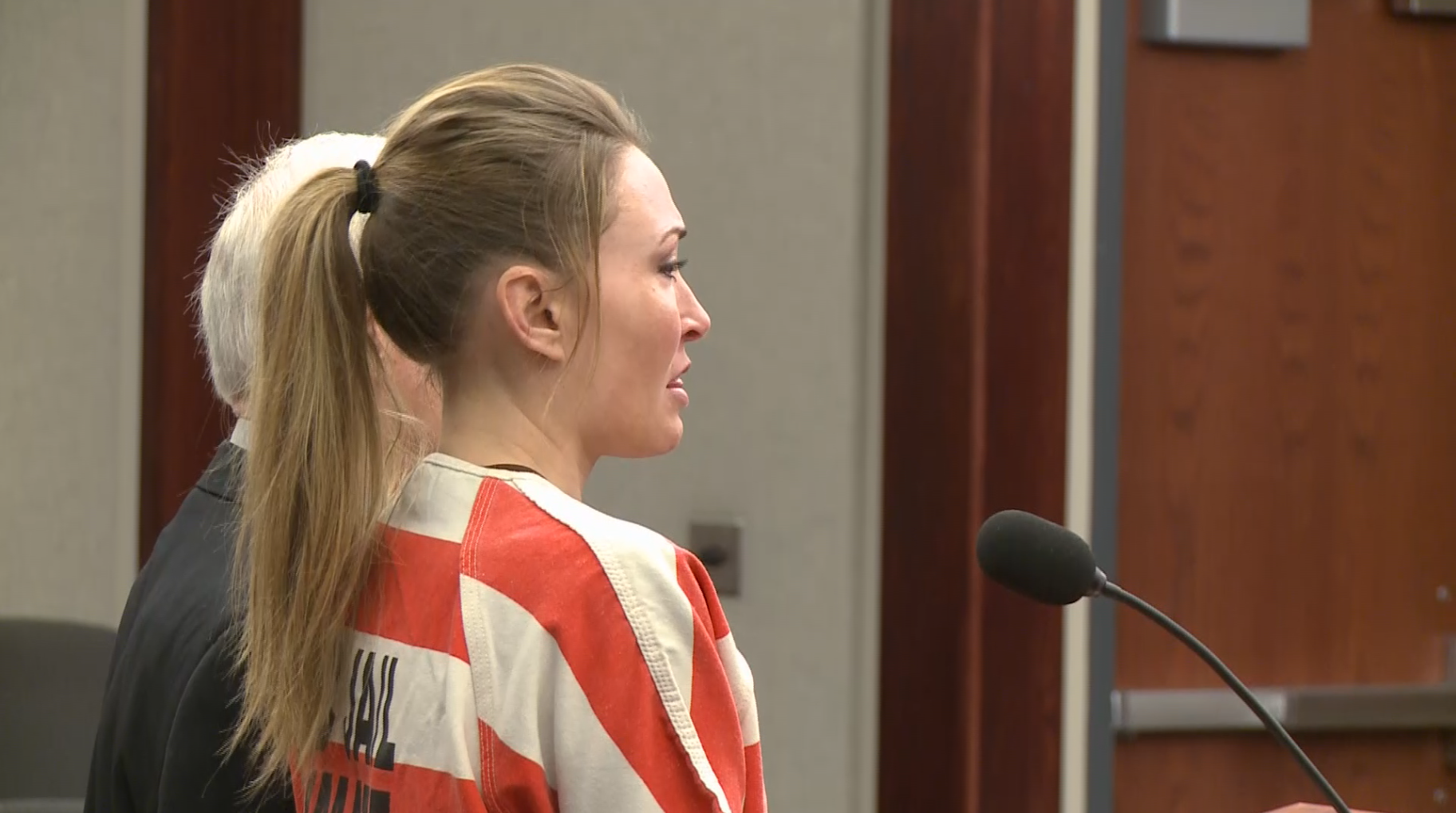 BOUNTIFUL, Utah -- A former Davis High teacher accused of having sex with several students struck a surprise plea bargain with prosecutors during a scheduling hearing on Wednesday.

Brianne Altice, 35, pleaded guilty to three counts of forcible sex abuse, a second-degree felony. She faces sentences of 1-to-15 years in prison when she is sentenced on May 28. In exchange for the plea, Davis County prosecutors dismissed 11 other felony counts, including three first-degree felony rape charges that carried potential life sentences.

In court, Altice cried as she entered the guilty pleas. Her attorney, Ed Brass, requested that she be released from jail until her sentencing but the judge denied it.

Altice is accused of having sexual relationships with three teenage boys, who were students at Davis High School in Kaysville. Brass had argued that she was not the boys' teacher when the sexual relationships occurred, but the judge had ruled that she was in a position of trust over them. He also refused to toss an alleged confession she had given to police who searched her home.

Recently, the judge did agree to separate the trials and that a jury could not consider the other cases. That was one reason why prosecutors and the defense struck a deal that resolves all the cases, Brass told FOX 13.

"What changed things was the judge's ruling that each case should be heard separately and each case would be considered on its own merits without reference to the other cases," he said.

Brass said Altice was reluctant to go through four trials, but prosecutors were also assessing their likelihood of securing a conviction in each one.

"We feel that this resolution does meet the needs of justice but also lets us deal with the risks we have, should the cases go to trial," deputy Davis County Attorney Susan Hunt told the judge.

The alleged victims agreed to the plea deal, Hunt said. Two of the alleged victims in the case recently filed civil lawsuits against the Davis School District over Altice's conduct. Mark Carlson, an attorney representing one of the teens, said in a statement to FOX 13:

"We are proud to be apart of a system that exacts justice. The Davis County Prosecutors have done an admirable job in prosecuting this case on behalf of our community.

Feller & Wendt, on behalf of its clients, has filed a civil suit alleging that Davis County School District and Davis High School failed to supervise and investigate Ms. Altice  when they had reason to know she was crossing boundaries with students.

We urge anyone with information related to these claims to come forward and call 801-499-5060."

Brass told FOX 13 that at sentencing, he planned to ask that Altice be sentenced to probation instead of prison.