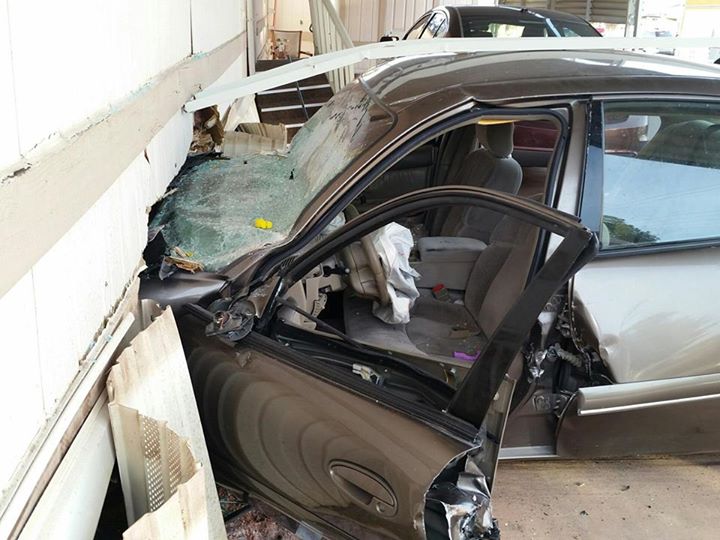 ST GEORGE, Utah – A house is condemned after police said a man who was high on heroin crashed into it Thursday morning.

It happened around 7:45. Police say 29-year-old David Brereton was driving east on 1450 N. Unexpectedly, he ignored a stop sign on Dixie Downs Road, jumped a curb and crashed into a mobile home on the other side.

Only a cat was in the home at the time, the owner away on vacation. Despain says that was lucky, because the crash knocked the home off it’s structural foundations.

“It shook the home pretty well,” says Despain. “And the weight of the home was resting on the car.”

Neighbors are glad no one else was injured. Perez says Brereton almost hit another car crossing Dixie Downs Road, but had it been a little later, kids would have been walking to school.

Brereton faces possible charges of driving under the influence, and drug possession