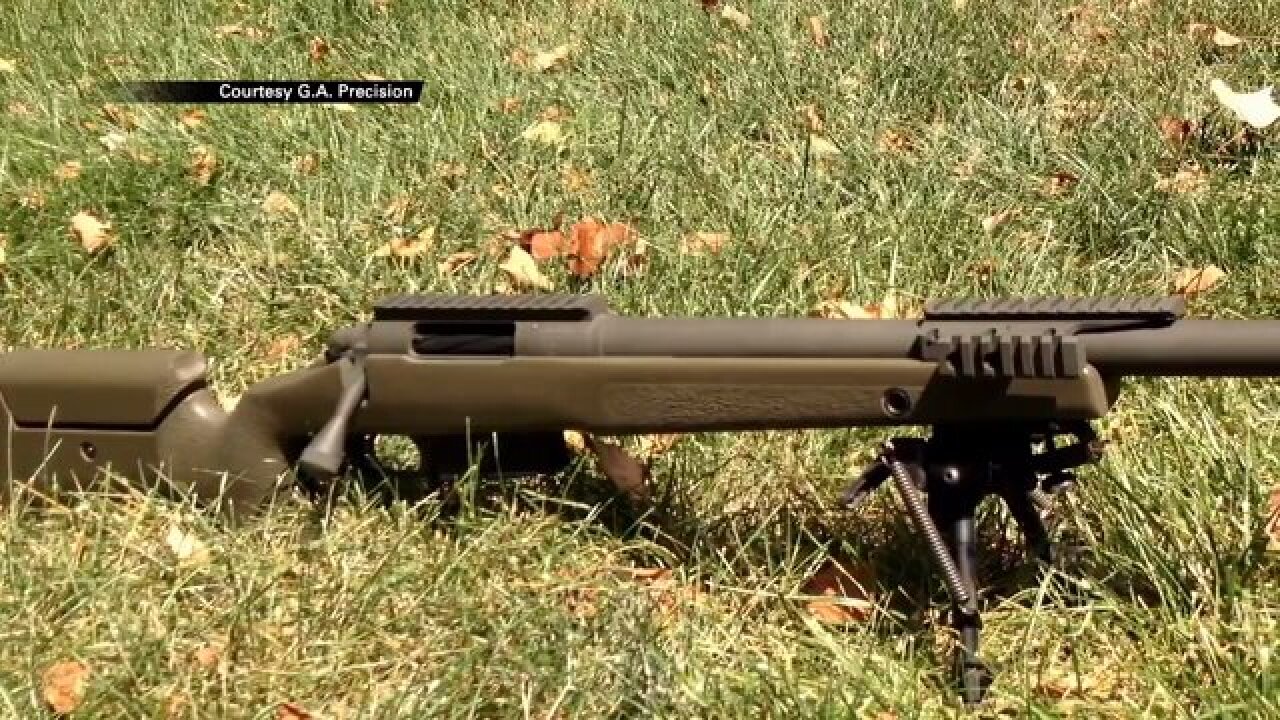 SALT LAKE CITY -- A sniper rifle belonging to an FBI agent was stolen from a car just days before President Obama visited Utah, FOX 13 has learned.

Police said the thief used a rope and a vehicle to rip the rifle out of the agent's car, which was parked at an airport-area hotel, where it was secured in a hard rifle case and tethered to a "truck vault."

"The rifle had been secured properly," said Salt Lake City Police Det. Dennis McGowan. "A couple of padlocks, chains, it was attached to a truck safe. There are all kinds of ways the weapon was secure. Yet someone was able to forcefully take the weapon."

FOX 13 obtained a police report about the stolen weapon from Salt Lake City police under a public records request.

The rifle was reported stolen on March 27 from a parking lot at the Marriott Springhill Suites on Wiley Post Way. According to the police report, the FBI agent had checked into the hotel the night before, and the break-in occurred sometime overnight.

"I observed the rear right passenger window was shattered and the window frame was pulled out, hanging from the door," the police report states. "(The agent) stated his FBI issued sniper rifle was missing which was in a hard rifle case along with some gear bags, backpacks, clothing and tools."

The responding officer found pieces of rope on the pavement nearby.

"Next to the rope were 2 skid marks consistent with a vehicle tires," the report reads. "Next to the vehicle layed the handle to the rifle case which had been broken off. We determined that the suspect(s) probably broke the rear window and tied a rope around either the handle of the rifle case or the cable lock and used a vehicle to break the rifle cases handle to free it from the cable lock. It appears the case may have been too large to fit through the window itself which is how the frame was pulled from the door."

Hotel workers at a nearby Residence Inn found the agent's gear bag, backpack and some clothing. The rifle was not found.

"We have not recovered the weapon, and we have not identified the person who has taken it yet," said McGowan.

The police report said there was no surveillance cameras at the hotel.

The timing of the sniper rifle's theft could not have been worse -- it happened a week before President Obama made his visit to Utah. The U.S. Secret Service confirmed to FOX 13 it was notified about the stolen gun, but would not say if it increased security surrounding the president as a result.

"We don’t discuss our security measures, but we always prepare for any eventuality," said Kerry O’Grady, the acting Special Agent-in-Charge for the Secret Service's Denver District.

The FBI's Salt Lake City Field Office declined to comment on the theft on Friday.

Salt Lake City police did not have an exact description of the rifle, but its serial number has been entered into the National Crime Information Computer. Clark Aposhian, the director of the Utah Shooting Sports Council, said the rifle would be on a national "hot list" for any potential gun seller.

"It was probably on that hot list within five to 10 minutes," he said. "Alarm bells will start going off."

Aposhian said if it were a standard-issue precision rifle used by law enforcement, it would be custom-designed for the user (although the weapon could be purchased in gun shops).

"No one ever wants to lose a gun, let me tell you!" said Clark Aposhian, the director of the Utah Shooting Sports Council. "I'm sure precautions were taken. I'm sure a lot more attention was placed on this because of the timing with the President's visit."

McGowan said it is unknown if the thief obtained the rifle by targeting the agent's car or if it was a crime of opportunity. Crime reports reveal a number of vehicle burglaries in recent weeks in the International Center, which is a hub of airport hotels and where the FBI's Salt Lake City headquarters is located (down the street from the FOX 13 studios).

"It does have several hotels and motels in the area next to the airport," he said. "They do become victims of car prowls, unfortunately. We urge and encourage people to take things out of their car so they're not in sight. Even pocket change in the console can attract someone."

McGowan said anyone with information on the stolen sniper rifle is urged to call Salt Lake City police at 801-799-3000.