LDS Church breaks ground on their first temple in Wyoming 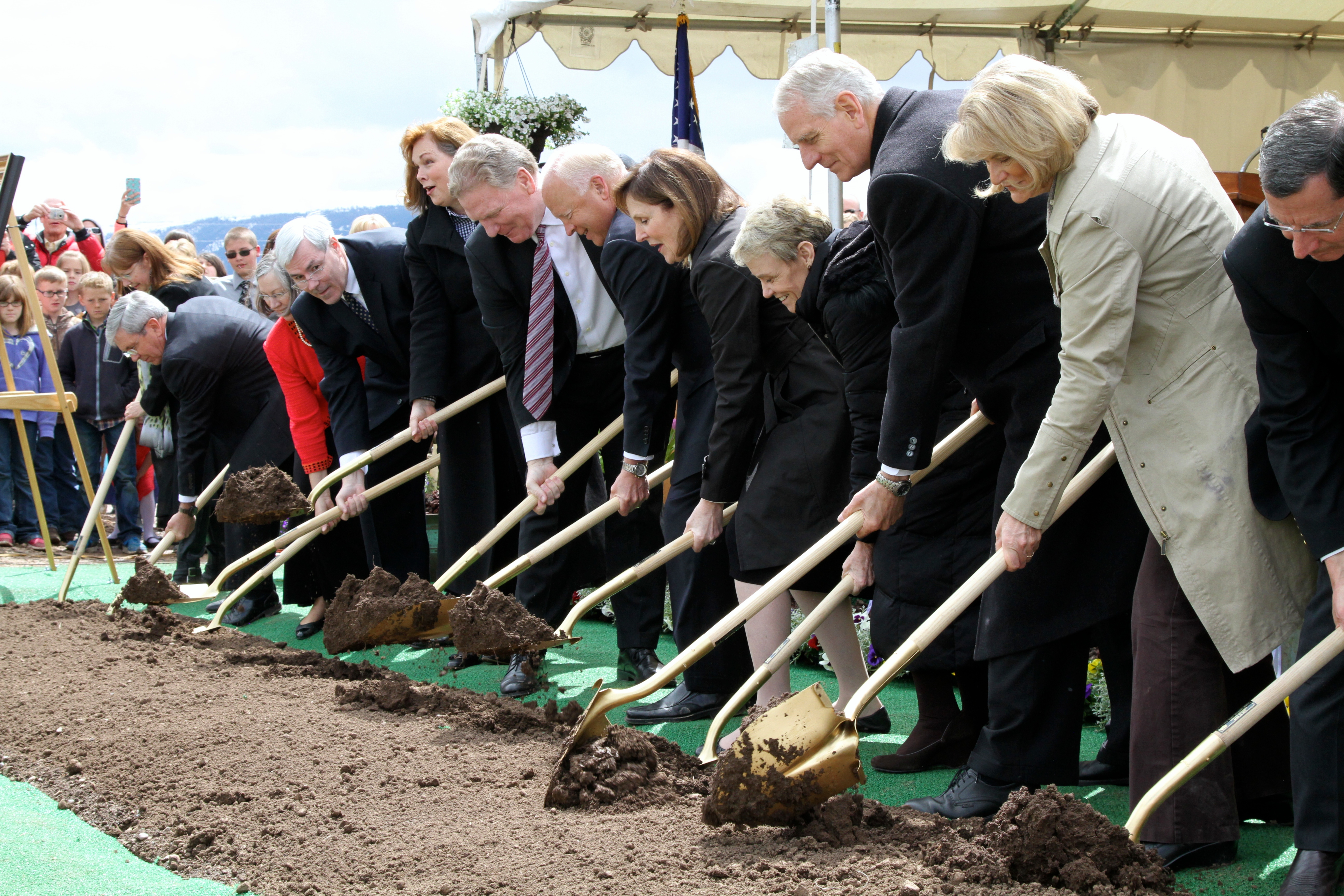 STAR VALLEY, Wyo. — Leaders from The Church of Jesus Christ of Latter-day Saints gathered with community leaders and others in Star Valley, Wyoming Saturday to break ground on the LDS Church’s first temple in Wyoming.

The event was also attended by community and civic leaders, according to a press release from the LDS Church.

“There couldn’t be a more appropriate place for a house of God,”  Elder Christensen stated in the press release. “The temple is a gift of God. It is to the great heritage that is here… It links generations together. The temple will become a landmark, a sacred place for this valley for years to come.”

The Star Valley Wyoming Temple will be constructed east of U.S. Highway 89 on the Haderlie Farm property, which is south of Afton.

“It’s quite an honor for a little community like Star Valley to have a temple,” stated Stephen Campbell from Auburn, Wyoming, in the press release.

Campbell’s great great grandfather was one of the original settlers of Star Valley.

The temple was announced in October 2011 by LDS Church President Thomas Monson. Once construction begins, the project will take about two years to complete. The press release included the following general information about LDS Church temples:

“To members of The Church of Jesus Christ of Latter-day Saints, temples are the “house of the Lord,” the most sacred places on earth. Unlike meetinghouses, where Sabbath worship and weekly activities take place, temples are open throughout the week and closed on Sundays.

There are currently 173 temples throughout the world either in operation, under construction or announced. Five are being renovated.”