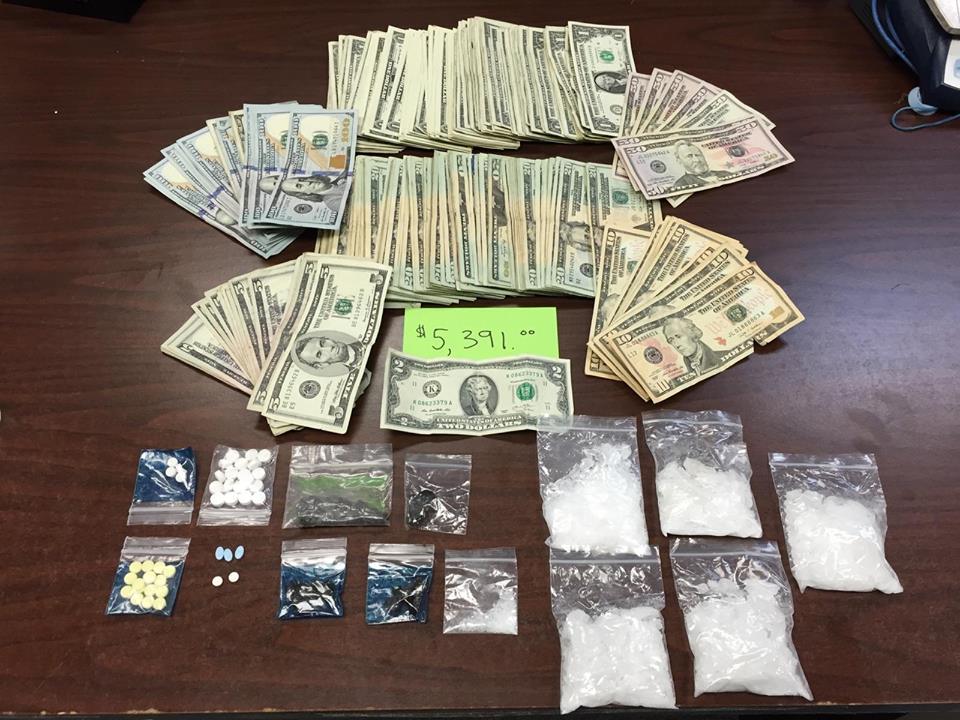 PRICE, Utah – A traffic stop led to a drug bust where police seized meth, heroin, other drugs and about $5,000 in cash over the weekend.

Officers pulled over a 2001 Pontiac Grand Am for a minor traffic violation near 350 S Main St. in Price Saturday.

Authorities said they saw drug paraphernalia in the back seat and then searched the car.

Police seized about 5 ounces of meth, half an ounce of heroin, a number of prescription pills, drug paraphernalia, a large folding knife and more than $5,000 in cash.

Authorities said a woman was in the front seat but she has not been arrested at this time.

Gill was arrested for:

Saccomanno was booked for:

Vigil was arrested for:

It is up to the Carbon County Attorney to determine formal charges in this case.