‘I gotta stop this guy before he hurts a little kid,’ man sacrifices body to stop chase 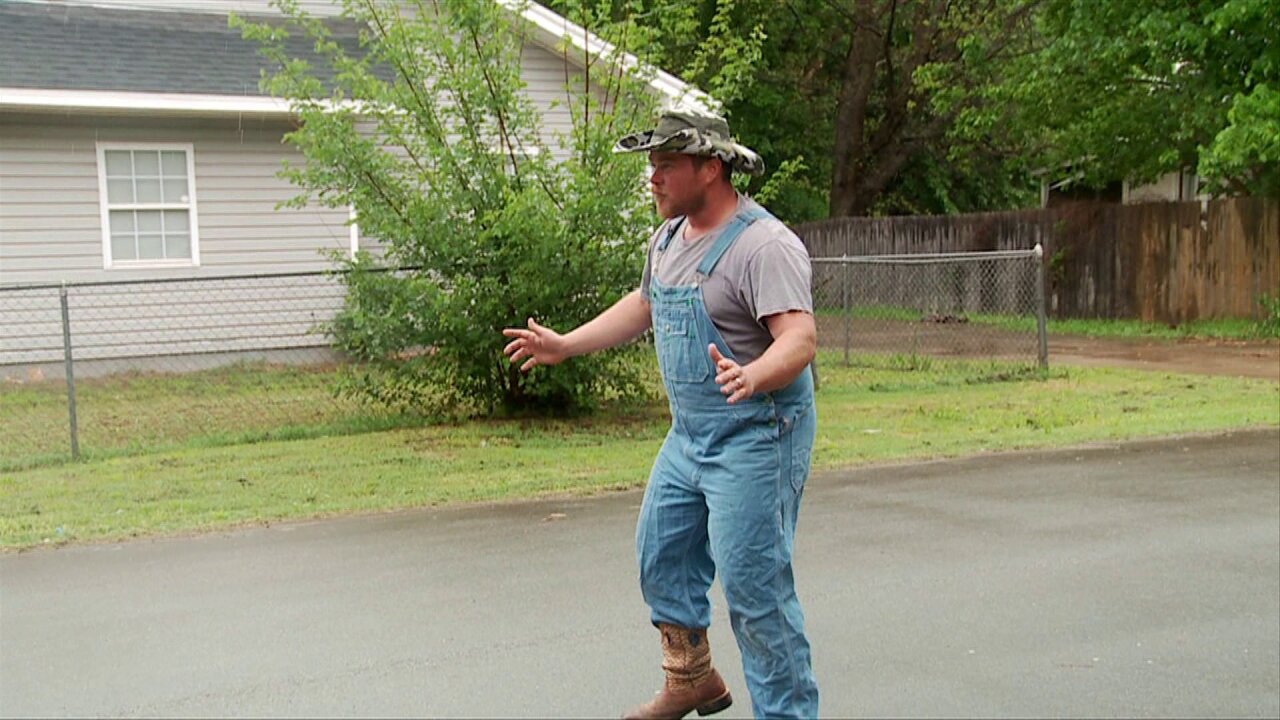 CHICKASHA, Okla. — A high-speed motorcycle chase came to an end in Oklahoma when a concerned citizen took matters into his own hands.

“I said, ‘I gotta stop this guy before he hurts a little kid,' I ain’t no football player either.” - Oklahoma resident Floyd Briggs

It was an intense game of chicken in Chickasha, Oklahoma, where a Kansas man named Floyd Briggs came out on top.

The chase ended across the street from Briggs.

Police had pursued a motorcycle for some time as the driver, Michael Coppedge, weaved through city streets and alleys.

"I said, 'I gotta stop this guy before he hurts a little kid,'" Oklahoma resident Floyd Briggs told KFOR-TV. "I ain’t no football player either."

In a matter of seconds, the man on the run was on his back.

Briggs stood in the street, forcing Coppedge to swerve around him and lose control of his bike.

“And he laid that bike over about here and slid all the way to that pickup,” Briggs said. “He got up, run around that fence right there and I just went after him.”

But Briggs managed to chase Coppedge right into the waiting arms of Chickasha Police, ending in his arrest.

“I was running out of steam very quick. I’m not very aerodynamic,” Briggs said.

Coppedge said the only reason he was running was because he didn’t have a license and/or insurance.

“That’s not a serious thing right there; you get a ticket, slap on the hand, pay your fine, and go fix your problem,” Briggs said.

But for neighbors who caught this camo’d cavalier in action, he’s got a message.

“I did use some language, that just isn’t how I talk, some of the words I used, I was pretty worked up. I’m sorry for that,” Briggs said.

An overall happy ending as no one was seriously injured in the chase.

Coppedge was released Monday afternoon, facing charges of eluding a police officer and leaving the scene of an accident involving damage.