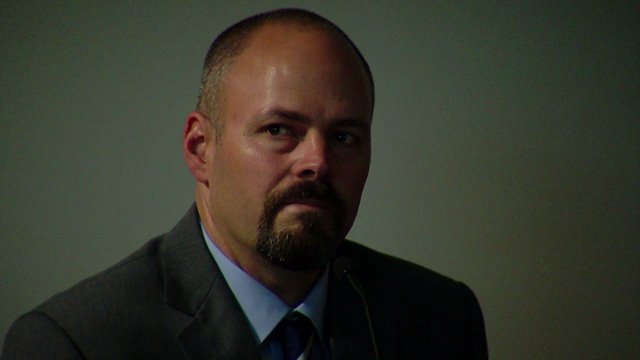 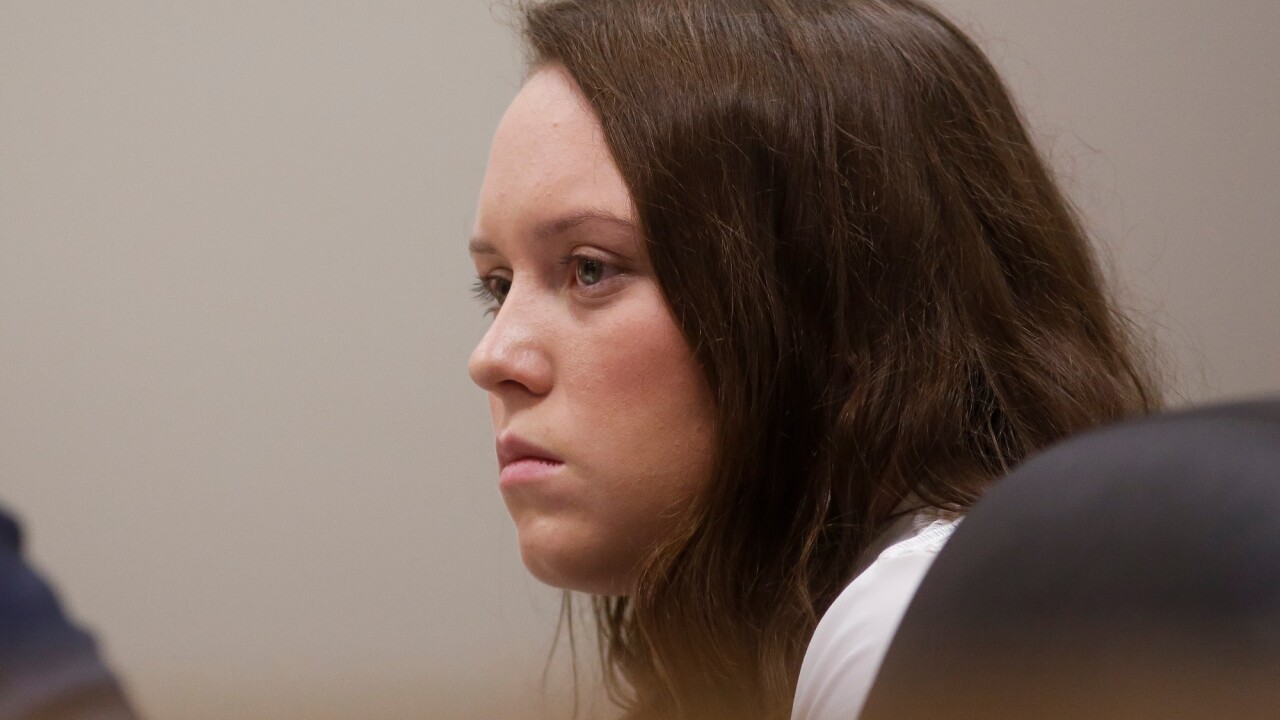 PROVO -- His voice choking with emotion, Utah County Sheriff's deputy Greg Sherwood relived for a jury the day he was shot in the head.

"I knew this was the vehicle and it was coming right towards me," he told a jury on Thursday.

Sherwood struggled to maintain his composure on the witness stand, as he testified in the murder trial of 18-year-old Meagan Grunwald.  She's charged with aggravated murder in connection with the murder of Utah County Sheriff's Sgt. Cory Wride and attempted aggravated murder for Sherwood's shooting.

Sherwood testified that he was patrolling in the southern end of Utah County on Jan. 30, 2014 when he heard on the radio a broadcast about a "10-200," someone wanted for a serious violent crime. A fellow office then called and told him Sgt. Cory Wride had been found shot to death in Eagle Mountain.

Sherwood testified that he pulled on to Santaquin's Main Street because it connected to other parts of Utah County, "an escape route" to rural areas. He encountered the vehicle and began to follow it.

Prosecutors played the dash camera recording for the jury as Sherwood narrated it. At times, he choked up and struggled to find words. He appeared to be crying at one point.

"I knew what these people were capable of," he said. "I was angry because of what they had done to Cory."

The video shows Sherwood following the white pickup that prosecutors say Grunwald was driving. His sirens kick on, blaring on the recording. The vehicle brakes on the tape, but continues driving. There are a pair of flashes and Sherwood's vehicle stops. A gasp can be heard on the tape.

The pickup turns around and drives off.

"I got shot," Sherwood told the jury.

On the tape, Sherwood is gasping and cursing as first responders rush to help.

"Stay with me, buddy," a voice says on the tape.

As the tape plays, members of Sgt. Wride's family could be heard crying. Grunwald put her head down and appeared upset. As Sherwood testified, she looked right at him.

"I was blacked out for about 30-40 seconds," Sherwood told the jury. "I had no vision... I was in no position to defend myself."

Sherwood showed the jury the scar along the right side of his head from the bullet wound. It took several surgeries, he said, but doctors were able to remove the bullet fragments from his brain. Sherwood testified he has suffered speech and balance problems as a result of the shooting. He is back at work at the Utah County Sheriff's Office, but in a "limited capacity."

Under cross-examination, defense attorney Dean Zabriskie asked how fast he was driving and seemed to suggest Grunwald braked to avoid hitting other cars. Otherwise, the defense had no questions for Sherwood.

"Glad you're back at work," Zabriskie said.

Prosecutors said Grunwald, then 17, was with her boyfriend, 27-year-old Jose Angel Garcia Jauregui, in Eagle Mountain when Sgt. Wride encountered them in a traffic stop and was killed. The couple led police on a high-speed chase through two counties before it ended near Nephi where Garcia was shot by police and later died.

Garcia killed Wride and wounded Sherwood, prosecutors said, but they have charged Grunwald as an accomplice. Utah law does not have an aiding and abetting statute, and Utah County prosecutors have said she is just as culpable as Garcia was.

Her attorneys have insisted she was not a willing participant in the crime spree, but a victim of Garcia who also threatened her life.

Other witnesses on Thursday included police officers who were involved in the chase that ended near Nephi, as well as bystanders who were shot at.

Chetney Williams, who was carjacked during the chase, said it was Grunwald who flagged her down. Garcia ran up to her window with a gun.

"He came to the driver side door. I didn't keep my eyes off him after he had that gun and he screamed through the door, 'Get out! Get out!'" Williams sobbed. "I said, 'Can I please get my baby?' I opened the door and he pointed the gun toward my torso and said, 'You better hurry!'"

Officers later got into a shootout with Garcia, who was shot in the head and later died. Former Juab County Sheriff's Deputy Al Taylor said when Garcia was shot, Grunwald yelled: "You shot him in the head!"

Defense attorneys tried to press their case that she was under duress, but Taylor said she followed him where he went -- dropping to the ground once the shooting started.

Taylor said when he got up to Garcia, he saw "a lot of blood" and the man had been shot in the head. He testified that Garcia told him: "I'm so f---ing thirsty," and then asked him: "Why don't you let me kiss my girlfriend with my last dying breath?"

Prosecutors are expected to rest their case next week. Defense attorneys have said that Grunwald will testify in her own defense. She faces up to life in prison, if convicted.