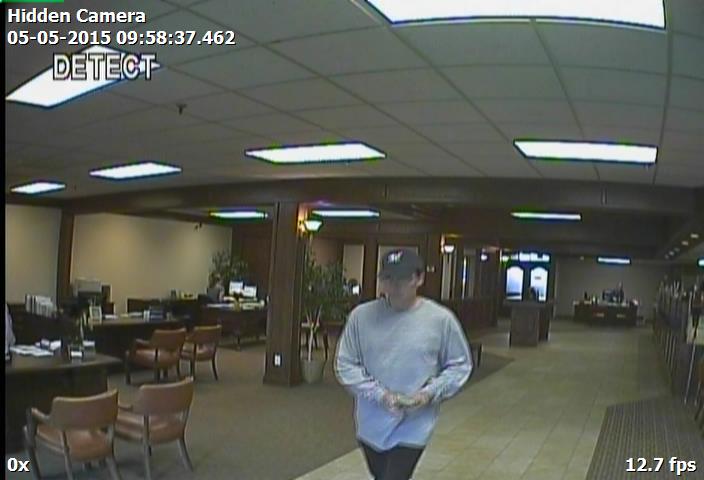 At about 10 a.m., a man walked into Brighton Bank and passed a teller a note demanding cash. Police say the note indicated the suspect was armed with a gun, although no weapon was displayed.

The bank teller complied with the suspect’s demands. Police say the suspect then fled the area on foot eastbound toward Main Street with an undisclosed amount of cash.

No one was injured or harmed during the robbery.

The suspect is described as white man between 35 and 40 years old. The man was wearing glasses, a black baseball cap with a white emblem, a gray long-sleeve shirt, black pants and black shoes.

Anyone with information on the suspect is asked to call South Salt Lake Police Dispatch at 801-840-4000.